Seth Stargell is a star for the Grangers baseball team 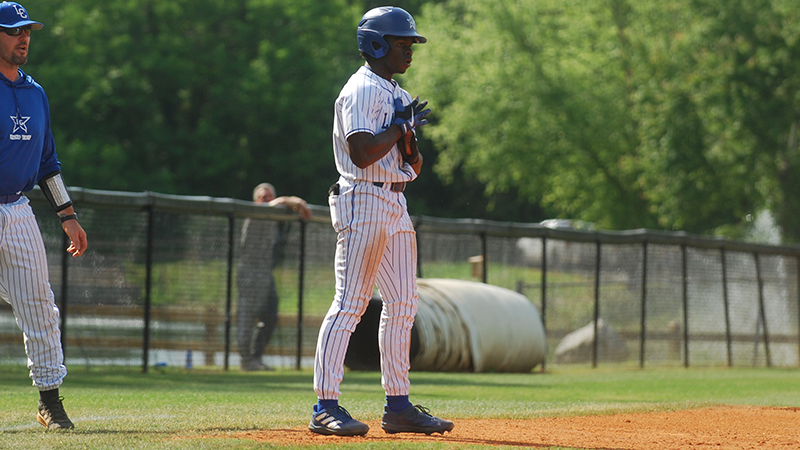 Stargell has seen his prowess expand on the field this season as he has improved his game tremendously.

“Body-wise I got a lot bigger and stronger in the weight room,” Stargell said. “My hitting has gotten better. I’m getting more extra base hits this year.”

One of the reasons his body has grown this year is the work he has put in with strength and conditioning coach Tyler Eady.

Stargell has also taken on more of a leadership role this year as he prepares to take on more responsibilities as a senior next year.

Keeping the team calm is what Stargell is all about. Before games, Stargell goes around to his fellow players and chats with them to help keep everybody’s nerves in check. Stargell keeps his nerves in check pre-game with a bag of skittles.

The LaGrange baseball team will only be in nervy games from here on out as the team heads deeper into the playoffs. Stargell is focused on his team goals and not any individual goals at this point in the season.

“I just want to win a state championship,” Stargell said. “We’re hungry for it.”

The team is certainly talented enough to make a deep run and possibly win a state title. Stargell is a big part of the team’s success as his hits from the lead off position are crucial for the team to score runs.

Stargell and the team set a goal to win the region this year. Now that he has that under his belt he is hungry for more.

“Our main goal after last year’s loss to West Laurens was to come out here and win the region,” Stargell said. “We wanted to beat Troup and then forget about them, and it just so happened we beat them in the region championship.”

Regardless of the team’s accolades, Stargell feels at home being a Granger. It is a legacy in the Stargell family, and he is more than happy to pick up the baton and run with it.

Only a junior, Stargell already has eyes on playing college ball when he wraps up his high school journey.

His grandmother is a massive part of his life and one of the main reasons for his success on and off the baseball diamond.