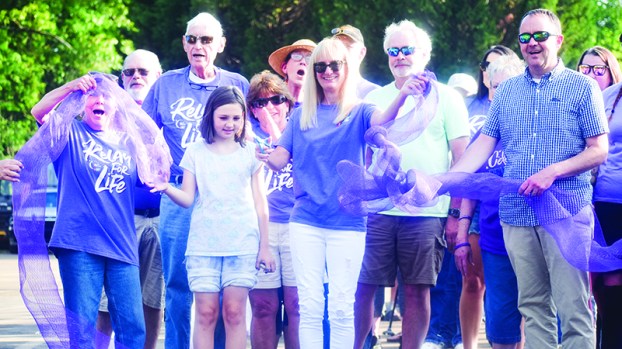 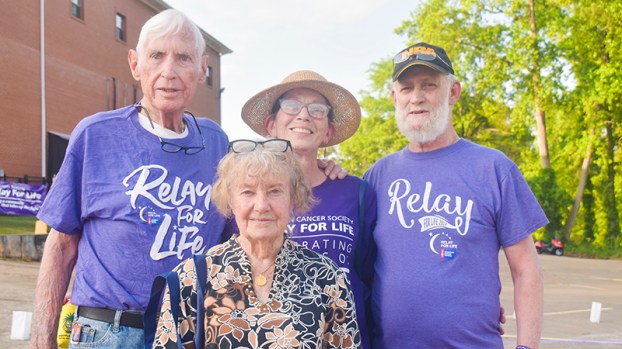 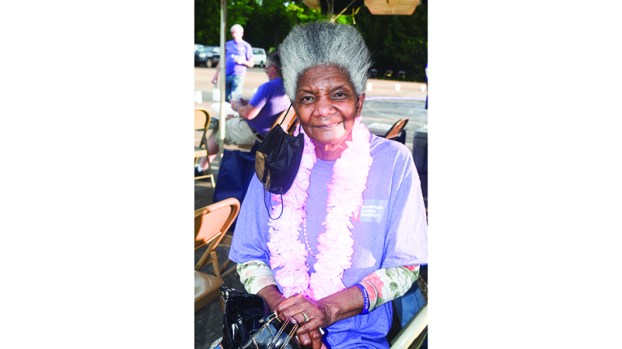 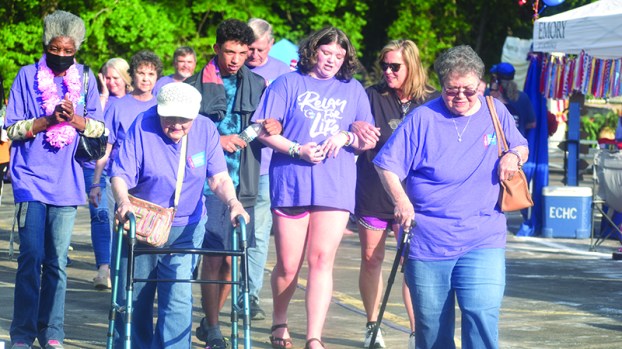 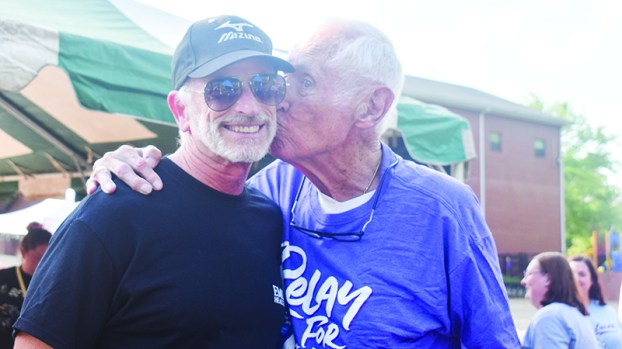 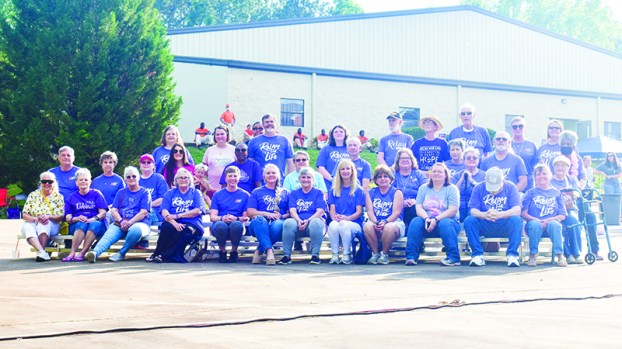 Every cancer survivor has a story, and not every story follows an exact formula or has the same outcome.

Several cancer survivors attended the annual Relay for Life of Troup County celebration in late-April, a day survivors were honored for their strength and courage in the face of cancer.

For survivor Bobby Traylor, his story of survival came down to one man: Dr. Larry Gynther, a LaGrange oncologist who treated not only Traylor but his daughter and son-in-law.

“He saved me,” Traylor said over and over again. “He was a godsend.”

Traylor, following a five-year remission phase, felt it only appropriate to thank the man who saved him with a spirited kiss on the cheek — the second he’s given the doctor in his life.

“The first time was when I went into remission,” he said.

Traylor was diagnosed with prostate cancer in 2007. Gynther, who had been Traylor’s friend and occasional gym partner for 30 years beforehand, diagnosed him.

“It helped that we already had a relationship,” Gynther said. “It made it a lot easier.”

Traylor is still receiving treatment to manage his cancer diagnosis but is otherwise completely healthy.

“They told my wife in Atlanta [in 2007] I only had two years to live. She said that wasn’t acceptable,” Traylor said. “We came down to LaGrange, and we found Larry and he jumped on it.”

For survivor Ida Strickland, it came down to patience and prayer.  Strickland said she lost essentially every woman in her family to some sort of cancer, including her baby sister. She herself has colon cancer.

“I ain’t healthy, I still got it,” she said. “I’ve been in remission for 13 years, but I’m the longest-living survivor in my family.”

Strickland managed her cancer by quitting smoking over 30 years ago and dedicating herself to a healthier diet. She additionally undergoes medical enemas, the most recent of which indicated good results, she said.

Having lost so many loved ones to cancer, being surrounded by fellow survivors acts as a comfort.

Teressia Barber said she’s a five-time cancer survivor. In 2010, she was diagnosed with stage-4 lung cancer.

“I don’t even have a lung here anymore,” she said as she pointed to the right side of her torso.

In one of her final appointments, she was given six months to live.

“I said thank you [to the doctor],” Barber said. “He said, ‘doesn’t that bother you at all?’ I said no, because when you believe in Jesus, you have eternal life, you have nothing to lose.”

Along with back-to-back musical and comedy performances from area and visiting artists, the celebration featured the traditional luminary walk. Each luminary held a name of someone who survived or lost their cancer battle. Luminaries were lit at the end of the event, lighting the trail for survivors on their final walk for the night.