From Callaway to Point to LHS: Kelly Carlisle is Troup County soccer royalty 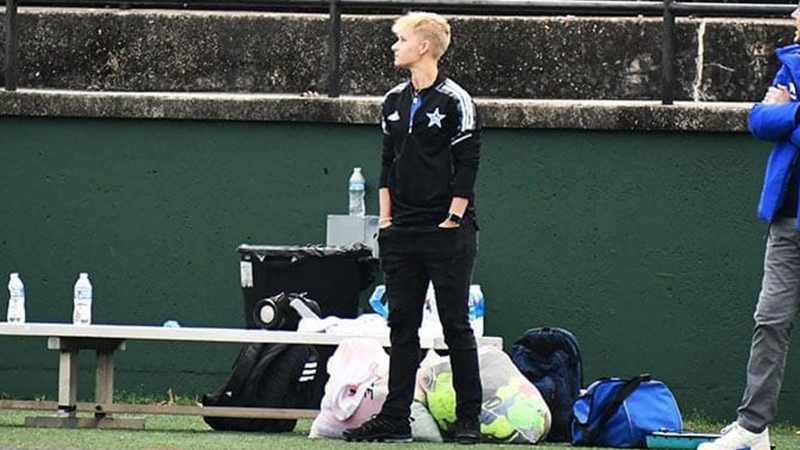 Kelly Carlisle is soccer royalty in Troup County. Her soccer career has taken her from Callaway to Point and now to LaGrange High School.

“Being at Callaway was probably the greatest four years ever playing soccer,” Carlisle said. “It was such a family environment.”

Carlisle starred at Callaway from 2014-2018. Carlisle made some lifelong friends at Callaway both on and off the soccer pitch. Her soccer journey was only just beginning during her time at Callaway, but she helped start a pipeline of Cavalier talent heading off to Point University after she left with Cavalier senior Keeley McGuffin joining her on the Skyhawks next year.

“It’s definitely really cool to me because I think Point has such a great atmosphere and to have people with me on the field that I used to play with is a great experience,” Carlisle said. “It reminds me of those high school years when I step on the field with them again.”

Carlisle is still doing damage at Point University as she is the team’s main goal scoring threat from her forward position. She has decided to extend her career at Point and took up the offer of a super senior season this fall as she was given another year of eligibility due to the COVID-19 pandemic.

“I wasn’t expecting to take an extra year,” Carlisle said. “I went into my senior year thinking after that year I would be done.”

After a tough Appalachian Athletic Conference semifinal loss to Reinhardt University during her senior year Carlisle began to think about coming back for one final run. The loss lingered and the feeling of having unfinished business proved too strong as she decided to return for one last season as a Skyhawk.

“I want to set records with my goals scored and reach number two,” Carlisle said. “My goal is to get one or two goals every single game and reach that.”

Carlisle is just as focused on team goals. She wants to lead Point even deeper into the AAC playoffs and hopefully lift the conference trophy, but for right now Carlisle is just happy to continue her journey as a Skyhawk.

During the spring, when she is not blazing up and down the field for the Skyhawks, Carlisle is the JV coach and assistant varsity coach for the LaGrange High School girls soccer team. The year 2022 was her first year in this position, but she has already committed to coming back for 2023.

“Once they got the new coach Jon (Callahan), he reached out to me and asked me if I would be interested in coaching, and it kind of took me off guard because I’ve always been on the other side of the field as a player,” she said.

Carlisle did not know what to expect at first but she has enjoyed growing with the young players on the Grangers team.

“I just love to see young kids getting to develop and coach them at an age that they can grow so much,” Carlisle said.

The learning is a two-way street for Carlisle and the Grangers. She is passing on her wisdom and experience to girls that are still learning about the game of soccer, but Carlisle is learning about herself in the process as well.

“When you step into that coaching role, you can use so much of that knowledge,” Carlisle said. “I’ve never really paid attention to my own development on the field, but now I can see things from a different perspective.”

Carlisle has enjoyed her time coaching so much that she plans to make it her career after her time at Point comes to an end.