Heading to Starkville: Aniya Palmer announces she will be playing basketball at Mississippi State in the fall 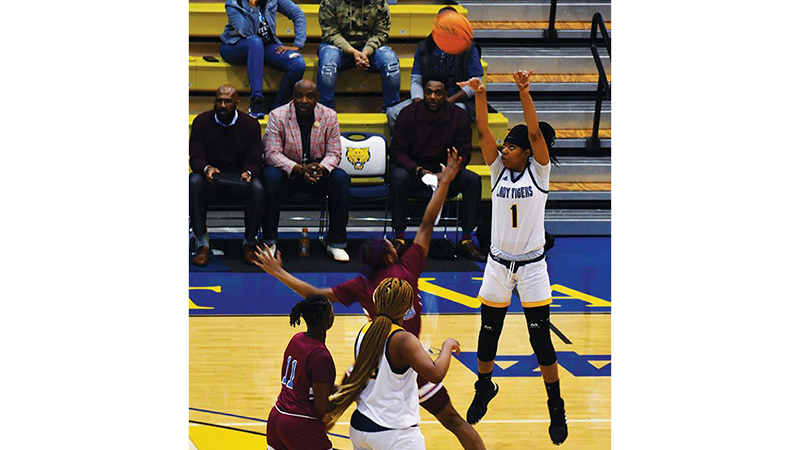 Aniya Palmer is off to Mississippi State after announcing her intent to play college basketball there starting the fall. There will be a signing day at a later date, but she is happy to go ahead and announce her decision.

“This decision was very hard,” Palmer said. “I had to make the best decision for me and my family.”

Palmer had offers to play at junior colleges or lower division schools but knew that she wanted to play Division I basketball.

“There were plenty of other schools like Howard [that were interested],” Palmer said. “What made this some appealing was that they are a Division I school in the SEC.”

Palmer is ready to compete for every minute in Starkville, Mississippi. She knows that roster spots and minutes will have to be earned as nothing is given.

“I already have the mindset to go in, play hard and grind every day because I’m not promised to play,” Palmer said. “I’m going to give it 100%.”

What made the recruitment process so tricky for Palmer was the fact that she missed almost her entire senior season with a shoulder injury. This made the recruiting process more difficult as Troup girls basketball coach Carla Thornton had to convince colleges that her old tape from her junior season was what represented her abilities the most.

“I tried to show them what she looked like when she was not injured because most of the games this year she had the shoulder sling on,” Thornton said. “I knew she was a better player than what they saw.”

What was even tougher than the recruiting process was having to sit out for almost a full season as her fellow Tigers achieved big things, including a trip to the round of 16 in the state tournament and a region 2-AAAA player of the year winner in Alexcia Murphy. It was a difficult physical recovery process, but it was made even more difficult for Palmer as she watched her senior year slip away.

“It was extremely hard,” Palmer said. “I didn’t like just sitting out on the side watching my team play because it always felt like there was something I could help my team with.”

“I could see how much it was hurting her to see her teammates go out there and play,” Thornton said. “As a coach, I had to protect her as a player because I saw her future before she did.”

Palmer is currently hovering around 80% of her shoulder strength and mobility back. Coming back from such a long and arduous recovery process can take a toll on a person’s body and mind.

“Mentally, I was hurting because I couldn’t play or stretch out my arm,” Palmer said. “There were limitations on a lot of things I wanted to do, and it kind of messed with my head.”

Now, Palmer is ready to take her beast mode mindset to the next level after keeping the beast at bay for a season.

“I have to go in with that mindset and mentality every day, it’s beast mode,” Palmer said.

From Callaway to Point to LHS: Kelly Carlisle is…