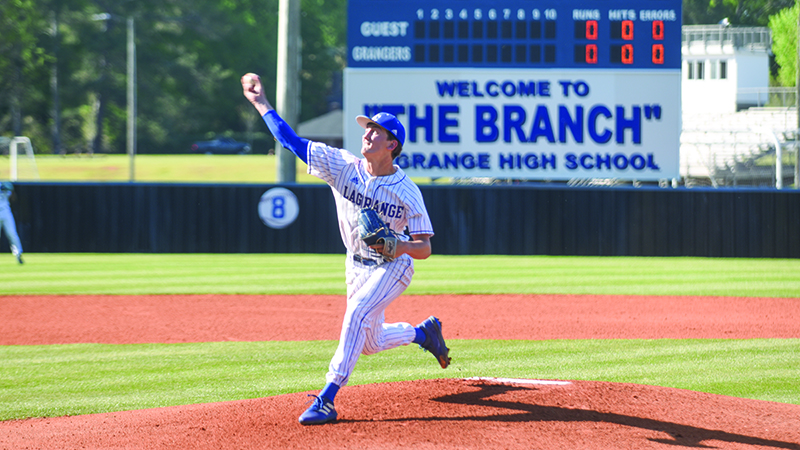 Baseball is better than ever in Troup County with all three local public high schools punching their ticket to the quarterfinals of the playoffs on Wednesday. The teams have grinded out long and taxing seasons and are edging closer and closer to the promised land.

The baseball community will savor this moment as this has been one of the best years for baseball in this area.

Hubbard has been around baseball in this area for quite some time now as he has racked up over 300 wins. He has watched a ton of baseball in Troup County and believes this Callaway team stacks up with any since he arrived.

“The guys come to work every day, and they’re willing to be coached and coached hard,” Hubbard said. “That’s been passed down to them, and they will pass it down to the younger guys.”

LaGrange head baseball coach Donnie Branch has been at LaGrange for over three decades and cannot recall a time when baseball was this strong in the area.

“There’s been some really good teams from LaGrange, Troup and before Callaway it was Hogansville,” Branch said. “I can’t recall when all three teams were in the final eight.”

Branch is no stranger to success as he has led the Grangers to a state championship in 2004. Branch has led his teams deep in the playoffs many times during his many years as the LaGrange head coach.

There has been some wonderful baseball talent from this area with the likes of Ryan Bliss and Ben Anderson being recent examples, but now all three teams are thriving at the same time. In the past there were usually two strong teams and one would have a bit of a hiccup — not this year.

“I think it shows the quality of coaching and the type of players in the community,” Troup head baseball coach Tanner Glisson said. “Baseball is alive and well in this community.”

The teams all played each other this season, which inevitably helped sharpen the teams as they were playing elite competition.

“We beat up on each other a little bit this year, which was probably a good thing for everybody,” Glisson said.

Glisson is the new kid on the block compared to the baseball stalwarts at Callaway and LaGrange, but he has the Tigers playing outstanding baseball during his two years as head coach.

Troup has back-to-back quarterfinals appearances with Glisson as the head coach.

The coaches are happy to see the success that the other teams from across the county are having.

“I’m following what those guys are doing across town,” Hubbard said. “This is how good baseball is in this area.”

“I have a lot of respect for the other programs in town,” Branch said. “I think they have quality programs, and I have the utmost respect for them, and I know a lot of the kids.”

It is not just the high school baseball teams that are thriving in the area as the LaGrange College baseball team is currently ranked no. 4 in the nation. Presuming they do not falter in the USA South tournament, the Panthers will be on a plane to Cedar Rapids, Iowa later this month for the Division III national tournament.

A rising tide lifts all boats and the three local high school teams are built from the same community. While rivalries get the crowd energized and the blood boiling when it is all said and done the baseball community in Troup County is built on respect.

The Grangers host Heritage Catoosa on May 9-10. Troup County, which has become road warriors in these playoffs, will be heading to Savannah to take on Bendictine on May 9-10. The Cavaliers will be on the road for the first time this postseason when they travel to play Vidalia May 10-11.

Heading to Starkville: Aniya Palmer announces she will be…