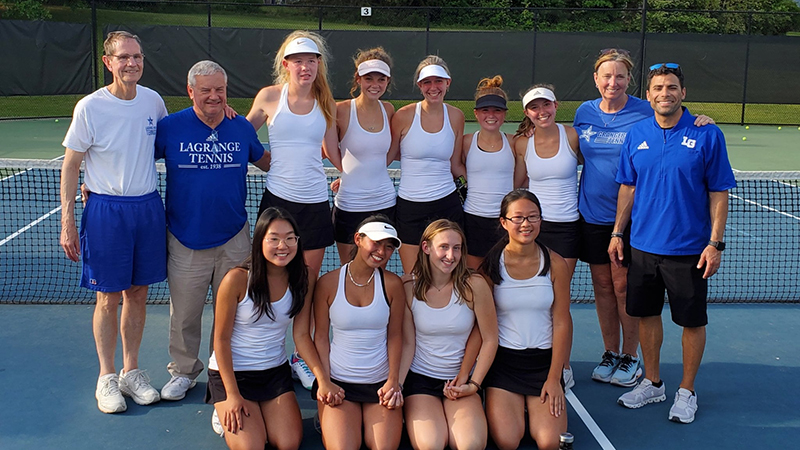 The LaGrange girls’ tennis team will play for a state championship on Saturday, May 14. LaGrange earned a win over West Laurens 3-0 on Thursday afternoon to win the semifinal match and get a chance to bring a state title back to LaGrange. This was the second straight 3-0 victory for the Grangers as they beat Pickens 3-0 in the quarterfinals.

The Grangers’ winners included Sydney Edelson for singles, Sophie Nix for singles, and Minchae Kim and Abby Grace Kornek for doubles. Maddie Nolan and Ayaka Kimura in doubles and Adeline Lanier in singles were leading their matches when the winning point was earned by the double pairing of Kim and Kornek. The three ongoing matches were pulled as the Grangers won and advanced.

This will be the first time LaGrange has competed for a state title in girls tennis since 2013. Head Coach Kenny Moore has his ladies playing some outstanding tennis heading into the finals as their closest matchup in the postseason was the 3-1 win over Madison County in the round of 16. The Grangers will play either Columbus or Marist – the 2021 state champions — for the championship at Berry College in Rome.