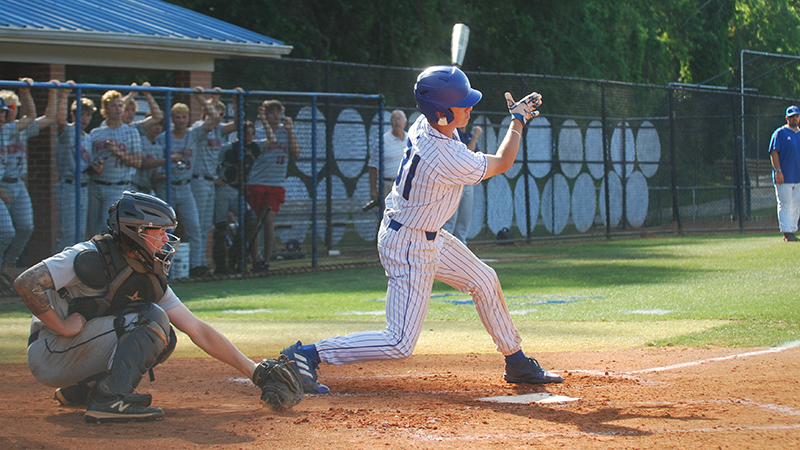 The LaGrange baseball team split the opening two games of the quarterfinals series against Heritage Catoosa and will play a game three to see who will advance to the semifinals on Wednesday.

The first game saw the Grangers fall 4-1. Heritage scored two runs in the first inning and never looked back as the Grangers’ offense struggled for the majority of the game.

Heritage added another run in the fifth inning to pad its lead.

Trey Cook got the start on the mound and pitched a complete game. Cook allowed five hits and four earned runs as he fanned four batters on the night.

Game two was a different story for the Grangers as Trevor Booton got the start on the mound and led them to a 2-0 win to force a game three.

Booton pitched a complete game shutout as he struck out eight batters and only allowed four hits. Booton got into a spot of bother when Heritage loaded the bases with no outs in the bottom of the sixth inning. Booton forced Heritage into a double play and then struck out a batter to get out of the jam.

Booton sat the side down in the bottom of the seventh to secure the win for LaGrange.

The Grangers will play a game three Wednesday at 4 p.m. for a chance to advance to the semifinals of the playoffs.