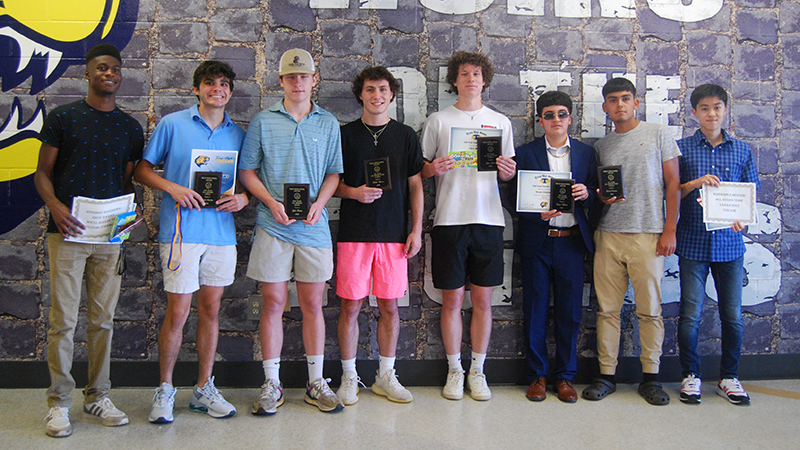 The Troup County boys’ soccer team had six players named to the all-region teams this week. Nolan Barton, Daniel Orantes and Chris Moore were all named to the first team.

Barton earned the honors with his play in and around the opponents 18-yard box. Barton’s movement and ability to score big goals was huge for the Tigers last year and will be even more important going into his senior season in 2023. Orantes was an absolute stud for the Tigers in goal as he made a ton of quality saves for his team. When the team had their backs against the wall, Orantes was the hero time and again. Moore earned the first time all-regions honors with his displays in midfield. Moore’s aerial ability and his ability to head the ball was an important part of the Tigers’ run to the most wins in a single season last year.

The Tigers also had three members on the second team all-region — Cole Partain, Bryan Villatoro, and Tucker Meadows. Partain’s darting runs for midfield help craft numerous chances for the Tigers’ offense this season. He will be looked at as a senior leader for the team in 2023. Villatoro was one of the key members of the team’s defense last year. Villatoro will also be one of the senior leaders on next season’s team.

The Tigers also had five honorable mentions — Diego Merida, Luis Merida, Augusto Merida, Yuri Kim and Banneker Johnson. This was a much-improved year individually and as a team for the Tigers as they only accumulated one win over the last two seasons before tallying 11 this season.