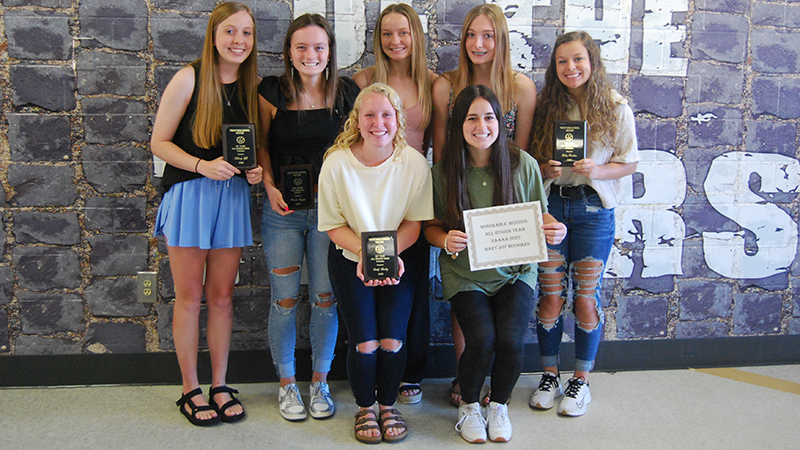 Beesley was absolutely everywhere for the Tigers as she roamed across the midfield and defense doing all the dirty work for the team  — cutting out counterattacks, slide tackling and playing the ball up field. Beesley was the hardest working Tiger this past season and will be difficult to replace next season as she graduates in a few short weeks. Kitchens put in dominant performances in goal for the Tigers all season. This was her first year playing soccer and to earn first team all-region honors while playing such a difficult position like goalkeeper is a monumental achievement. Gill will go down as one of the top goal scorers in the history of Troup soccer. Her ability to supply the finishing touch on crosses and craft her own goals when the Tiger offense is struggling will make her a difficult figure in the dressing room to replace next year.

Troup had three players named to the second team all-region team as well — Allie Foster, Kirsten Vaughn and Natahley Sabens. Foster earned the honors with her displays in the middle of the park. She was one of the best midfielders in the region and will be called on to help replace some of the leadership void on the team next year. Vaughn has had to move around during her career at Troup. She switched to playing defense this year as head coach Eddie Lawson requested and did so without hesitation. Sabens is only a freshman and earning this honor so early in her career shows how much young talent is starting to come into the program. Sabens helped shore up the defense for the Tigers and likely will be there for years to come.

Mackenzie Gill and Mary Joy Moosman were also named to the honorable mention list for the Tigers.

The Tigers made the playoffs in back-to-back years for the first time in program history and these girls were all a major part of that accomplishment. The Tigers will be led by a new coach next season, but the standard has been set for what to expect from the Tigers’ girls from here on out.