Are you ready for the Semis? Grangers pursuit for a state title continues Saturday at 5 p.m. 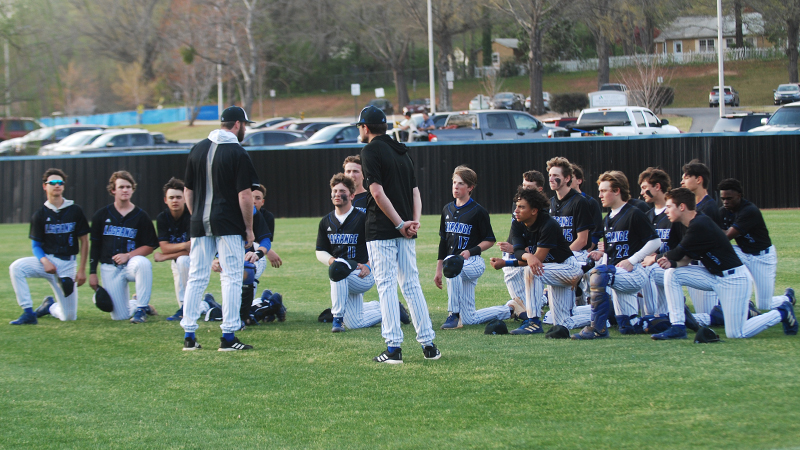 It’ll be a big day Saturday as the LaGrange baseball team hosts a state semifinal series against Cedartown at Granger Park.

The Grangers are seeking the school’s second ever state title in baseball, and they are under the guidance of the only man to ever bring home a LHS baseball title as head coach.

That’s part of the reason a sign was added to the baseball stadium earlier this season to name it “The Branch,” making it so the stadium will immortalize current head coach Donnie Branch forever in the hearts of Grangers baseball players.

The Grangers have won two pivotal game threes in the second round and the quarterfinals of the playoffs after sweeping Spalding in the first round. Fourteen-year-old Freshman Caden Wood pitched both of those game threes and put in outstanding performances, which gives so much confidence to the team going into winner-take-all game threes.

“We get into a game three, and we feel good about it,” Branch said. “We feel like we can beat anybody.”

The Grangers have also had another major thing going for them: every single postseason game this year has been played in Granger Park. That won’t change in the semifinals as the Grangers will host once again.

“We’re a different team at home,” Branch said. “Our atmosphere is one of the best in the state. We have a great fanbase, a great student section, and this place is packed and rocking.”

The Grangers are led by a senior trio of Turner Cook, Zack Thompson, and Colton Esposito. Those three guys contribute offensively and defensively, but most importantly they are the leaders and heartbeat of the team.

Game one will likely see Trey Cook start with game two featuring the Auburn commit Trevor Booton on the mound.

Cedartown has not dropped a playoff game yet. The closest game they have been in was a 5-2 victory in game two of the quarterfinals against Perry. Cedartown plays in the same region as the Grangers quarterfinal opponents — Heritage Catoosa. Cedartown went 1-2 versus Heritage in the regular season. The Grangers beat Heritage two games to one in the quarterfinals of the playoffs. The only other common opponent the teams share is South Paulding, who beat Cedartown 6-1 early in the season while LaGrange beat them 5-3.

Game one is scheduled to start at 5 p.m. on Saturday with game two proceeding 30 minutes after the conclusion of game one. If the series goes to game three, it is scheduled for Monday with a start time of 5:30 p.m.