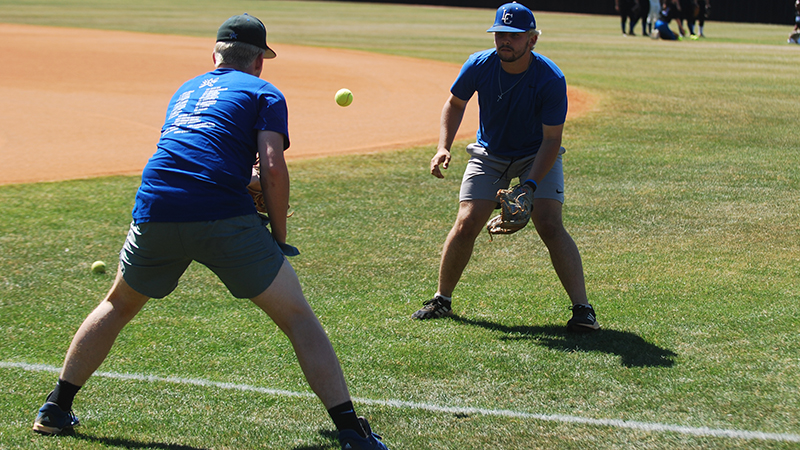 The LaGrange High School baseball team is beginning to prep for their first state championship series since they won the whole thing back in 2004. The team is coming off a third successive game three victory in the playoffs, but now face their toughest test yet. North Oconee, their finals opponent, is the second ranked team in the state and 11th in the nation.

“They have five pitchers that pitch in the 90s (mph),” head coach Donnie Branch said. “It’s unreal, there are college teams that don’t have that.”

The LaGrange batters will have their hands full with their pitchers, but the Grangers have a stable of pitchers that are some of the best in the state. Trevor Booton, a junior, is the ace of the staff and is the de facto no. 1 pitcher on the roster. The Auburn commit is in command at all times and is the vocal leader of the pitching staff. Trey Cook, also a junior, usually gets the start in game one and has a future ahead of himself at the next level. Cook is a stellar offensively and in the outfield when he is not on the mound. Game three would see the 14-year-old freshman phenom Caden Wood, who has pitched three straight game three wins, including a complete game shut-out in the quarterfinals and a no-hitter in six and two-thirds innings in the semifinals.

“We just have to make sure we have good defense behind them,” Branch said. “Some of those guys have had great games pitching only to be let down by the defense.”

The Grangers are taking things light on Tuesday with a bit of batting practice and working on fielding ground balls, but the work on the defensive aspect of the game will ramp up over the next few days. In a lot of ways, the Grangers team rides and dies on their defensive play.

“We’ll be working hard on defense [Wednesday,] and then we’ll do some light defense on Thursday,” Branch said. “We’ll also do a little fielding before we go on Friday.”

The physical aspect of keeping the players loose and making sure their bodies are ready to go for the finals is important, but the mental aspect is just as important.

“Anything we might do new will be added in on Wednesday,” Branch said. “A lot of the mental aspects are just knowing what you need to do and doing it.”

Unfortunately, the Grangers will be without Gryson Cockrell, a sophomore outfielder, who had season ending shoulder surgery on Tuesday. Cockrell was a big piece of the offensive puzzle for the Grangers and has been missing since he left game three against Flowery Branch in the round of 16. The Grangers have instead called upon Robbie Parker and Tannery Langley, both sophomores, to fill his role offensively and defensively, and they have delivered so far.

“He was a big part of our team. He was really good in centerfield and is a really good hitter as well,” Branch said. “We’ve kind of patched it up and the guys have stepped up.”

LaGrange takes on Cedartown in the AAAA State Championship in a best of three series starting at 5 p.m. on Friday. Game two will start roughly 30 minutes after the first game. A potential game three was postponed from Saturday to Monday because of a scheduling conflict with North Oconee.