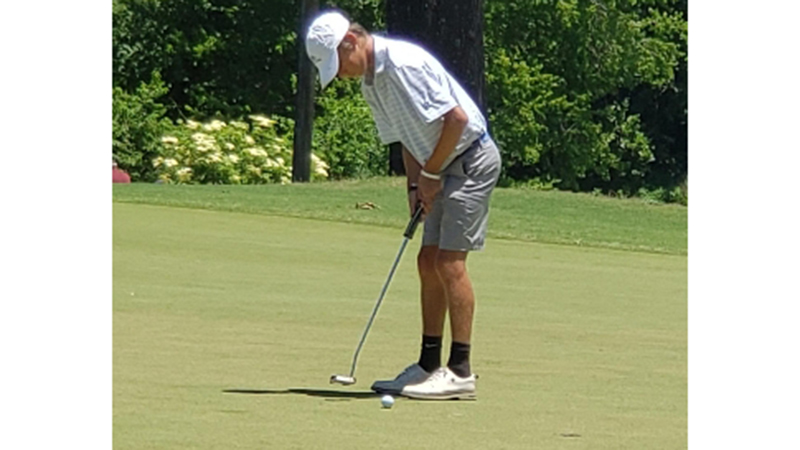 The LaGrange boys golf team earned a 10th place visit at the AAAA State Championship on Tuesday at Houston Lake Country Club in Perry. The team rallied on the second day to make up a 14-shot difference to finish ahead of Central Carroll and place in the top 10. The Grangers only finished two strokes back from West Laurens in ninth place and five strokes back from Bainbridge in eighth place.

“We didn’t come out playing the way we wanted to be playing in the first round (on Monday),” Head Coach Ben Thrasher said. “Thankfully, we had a really good round by Tripp (Hollstrom).”

Hollstrom stole the show for the Grangers as he shot rounds of 84 and 86 to finish tied for 38th in individual performance. Hollstrom was coming off little to no rest as he played in the DiVarsity All-Star soccer game on Sunday.

Hollstrom was not the only player that came into the tournament with little to no rest, Grady Westmoreland missed the first round Monday to be with the baseball team as they played in the AAAA state semifinals. He was able to come in and play round two on Tuesday and shot a terrific score of 79.

“Having Grady back for round two helped,” Thrasher said. “He is probably our most talented golfer on the team.”

The freshman was welcomed back with open arms on Tuesday and delivered a quality performance. Westmoreland will only get better in the coming years as he grows as a golfer.

Been Woodham went on a tear in round two with a team low score of 78 after an opening round of 93 that is not up to his usual standards. Monday was hot and the sun was blazing as the weather had a clear effect on the players. Ty Ormsby shot 94 and 82 in the two rounds while JKackson Dennis shot 95 and 88 and Kevin Neighbors shot 110 and 101.

The team improved by 41 strokes on the second day of the state tournament. The whole team found their groove and finished as the fourth-best team in round two.

“Everybody played better the second day,” Thrasher said. “Everybody gave much better effort.”

The team’s 2022 season came to an end, but the program is looking forward to the future. The Grangers made the state tournament for the first time under Thrasher, and he is looking to get them back next year.

“We could set unrealistic goals now or we could wait until February,” Thrasher said. “If the guys do what they’re supposed to do in the offseason, I believe we’ll be really good.”