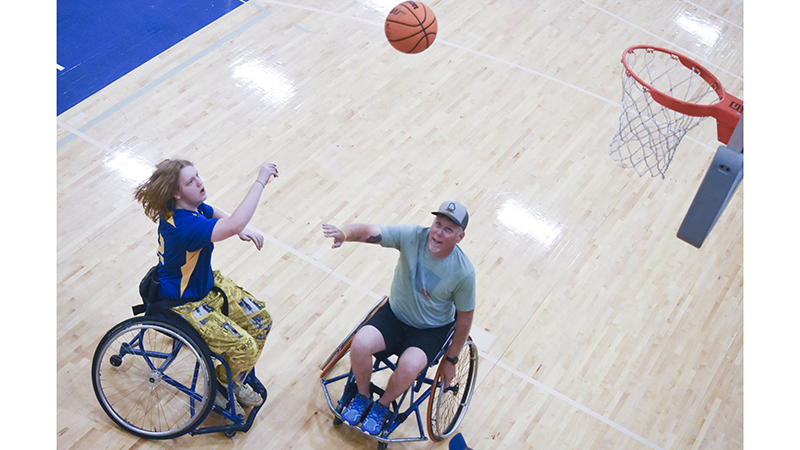 “I think things went really well,” said event coordinator Maurice Houston. “There were actually a lot of people that came out and got some info about what wheelchair basketball means to these kids.”

This was the first fundraiser where Houston has partnered with the Wolverines. Houston is big on fundraising in the community and has partnered up with other causes but is happy to finally help bring awareness to wheelchair basketball.

There ended up being 14 teams in the tournament and over 100 spectators came out and watched. Houston said that they are still receiving donations as of Tuesday from people in the community.

The proceeds raised will be going to buying new equipment for the teams such as new chairs, new basketball equipment and the trailer they use to move equipment around in. They also plan to use some of these funds for any repairs that might be necessary.

“A group of ladies came to me after it ended, and they told me the total and they were just blown away,” Houston said.

Houston was unaware of how big the wheelchair leagues are in LaGrange. He is now working to partner with the wheelchair football league and set up a fundraiser with them for later in the year. He was happy to help out anyway he could but came out of this experience with more perspective.

“This was really rewarding,” Houston said. “I enjoy doing fundraising and helping people out.”

You can find Houston around town with his Smokin’ Mo’s barbecue truck that makes an appearance at many of the fundraisers in Troup County.