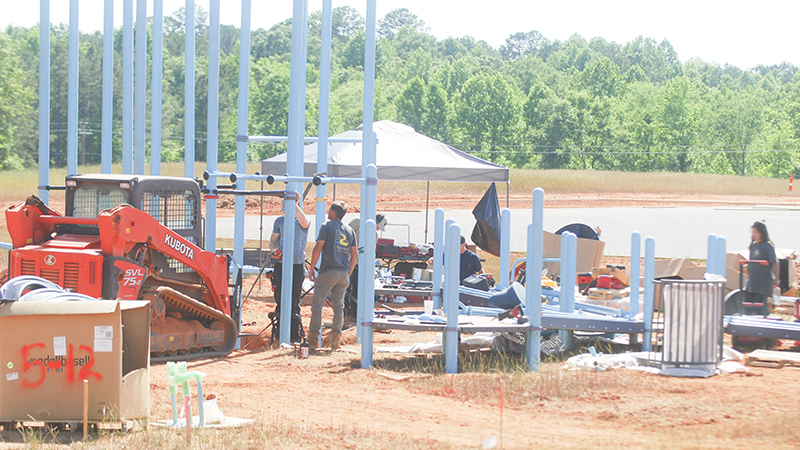 Construction for the Miracle League Stadium and inclusive playground is finally underway after the spring showers caused a delay in the initial construction start.

Just off Hamilton Road behind the LaFayette Christian School, the playground allows access to quality recreational facilities for individuals with special needs. Before rain caused delays John Cipolla, one of the individuals in charge of bringing this idea to LaGrange, was hoping to have everything complete before the start of summer. Now, with a new timeline, he is hoping to have everything wrapped by the end of summer.

“LaFayette Christian School wants to serve the community,” Cipolla said. “We wanted to do something bigger and impact the community.”

Instead of just building a baseball and softball facility for the Cougar teams that only play 40-60 games combined per season, Cipolla believed that the facilities would get more use if they also allowed for adapted sports to be played.

The playground is not just for individuals with wheelchairs, walkers, etc. It is made so that people who use these devices can play alongside their friends who are able-bodied.

“This is something Troup County does not have at all,” Cipolla said. “This is not just for our community, we want members of other communities to come here and enjoy the facilities.”

The Callaway Foundation contributed a million dollars while much of the other funding came from the community through various businesses and parents making donations. Over 4,000 donations were made for under $500 a piece.