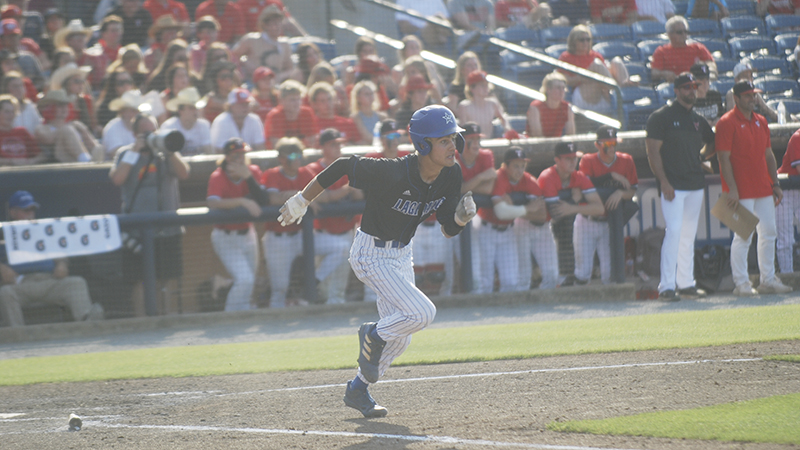 The LaGrange baseball team took a tough 3-2 loss to North Oconee in the first game of the AAAA State Championship. The Grangers didn’t trail in the game until the walk off sacrifice fly that ended LaGrange’s hops of clinching a state title on Friday.

The Grangers doubled their lead in the following inning on a monster RBI double by Seth Stargell. The hit would likely have traveled right over the wall in Granger Park, but the bigger outfield in AdventHealth Stadium kept the ball in the park.

It was heartbreak in the seventh inning for the Granger faithful as the Titans. Bryce Toci tied the game with a powerfully hit double that cannoned back off the wall with one out. Justin Byrd followed this two batters later with a sacrifice fly that twisted the knife in the heart of all Grangers.

Trey Cook got the start on the mound and had a good showing despite the rough seventh inning. Cook only allowed five hits and three earned runs on five strikeouts in his six and 1/3rd innings of work. Freshman, Caden Wood, came into the game in the seventh and only threw five pitches and allowed one hit.

Cook also had the best performance offensively for the Grangers as he went 2-for-3. Stargell went 1-for-3 with an RBI. Robbie Parker got the only other hit for LaGrange as he went 1-for-3.

The Grangers brought a large crowd to support the team, and they were causing a ruckus right up until the carpet was ripped out from under them as the Titans walked the game off.

The Grangers came into the game as the underdog but were the better team over the first six innings. Unfortunately, they could not see the game out.