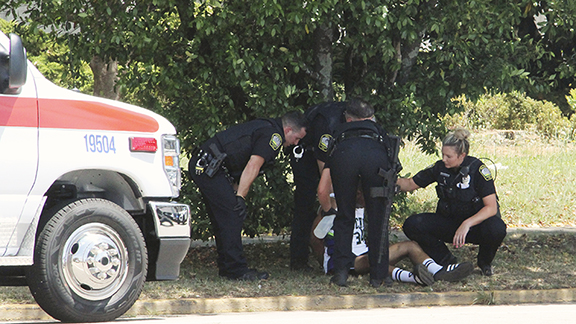 Officers with the LaGrange Police Department arrested a man Sunday on charges of terroristic threats and acts after he reportedly threatened to kill his neighbors for being too loud, according to Captain Dale Strickland.

The man, Jeraud Ferguson, has a history of mental illness and was previously detained on Friday and sent to the hospital for mental evaluation. However, he was cleared and released, Strickland said.

Officers were dispatched to South Greenwood St. on Sunday after being called in response to the threats. When officers arrive, Ferguson refused to get out of his vehicle

At the time of the arrest, Strickland said Ferguson had three loaded firearms in his possession.

No one was injured at the scene, and no shots were fired. Ferguson is currently being held at the Troup County Jail.