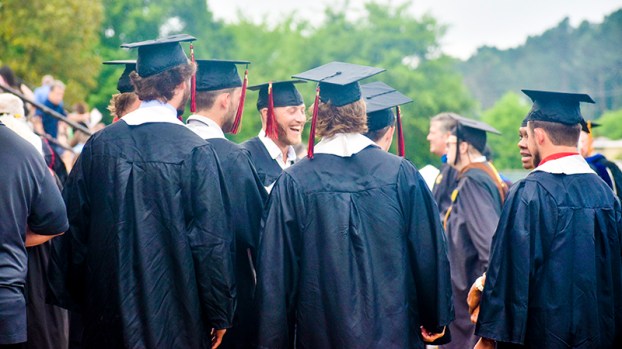 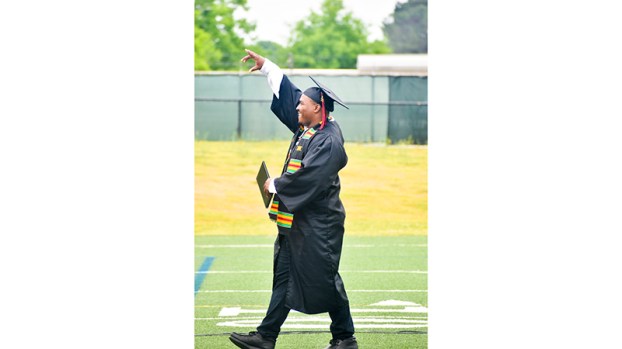 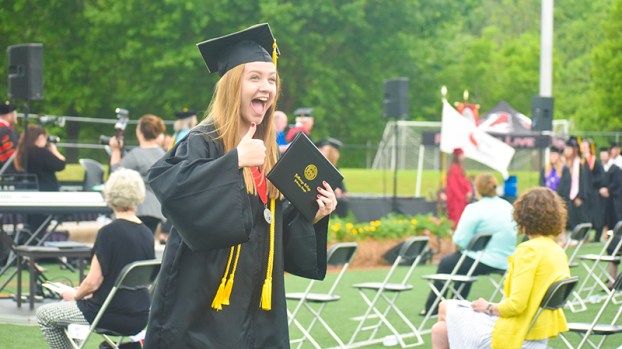 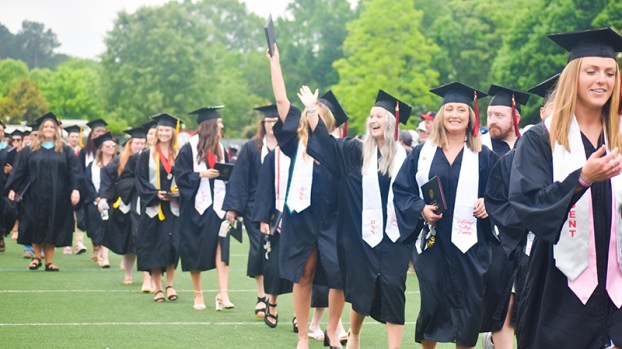 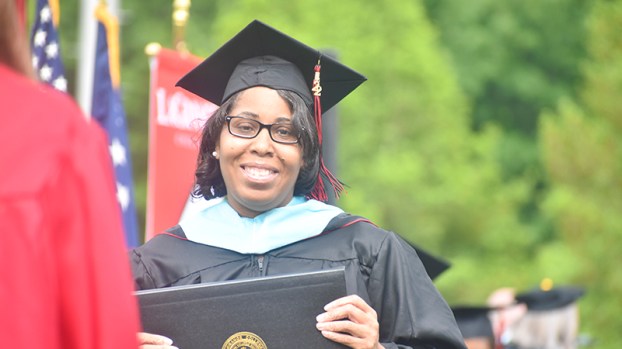 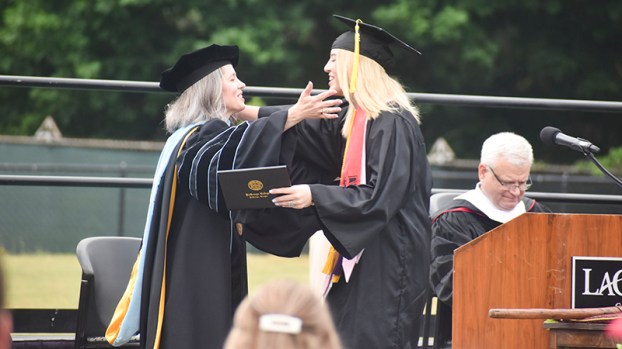 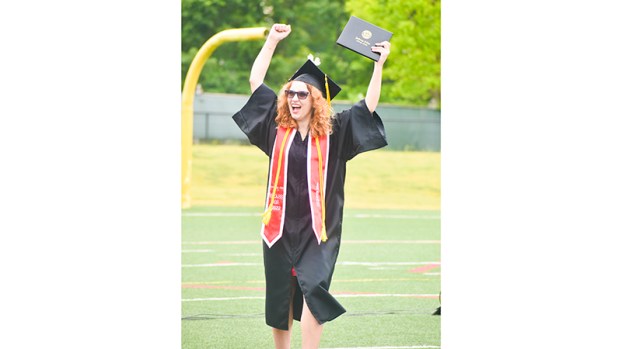 Bagpipes and applause of support and celebration blared at Callaway Stadium Saturday morning as LaGrange College graduated just over 150 students.

While the ceremony featured its traditional invocation, award recipients and guest speakers, there was a solemn moment introduced at the start of the event. LaGrange College paid tribute to freshmen baseball players Stephen Bartolotta and Jacob Brown, as well as LaGrange native Rico Dunn, who were killed in a car accident earlier this month.

“You’ve become a real family, and as a family, we have experienced great highs, we experienced COVID together, and we have experienced great loss,” College President Susanna Baxter said to the college’s 2022 graduates. “A week ago today, this family was forever alerted. It was an unspeakable loss in this tight-knit community. It was a loss that made every parent in this place want to run to our children and hug them that much tighter. Jacob and Stephen are a part of our LC family, and therefore will always be a part of our hearts.”

A moment of silence and a special performance by the LaGrange Choral Society followed Baxter’s words.

The ceremony continued with words from former U.S. military advisory and LaGrange College 1981 graduate Frank Maxwell “Max” Wood, who spoke about an experience where he nearly made a life-changing decision–something he later noted graduates would one day experience in their own lives.

Wood previously oversaw the security in the 2003 trial against Saddam Hussein, who was charged with crimes against humanity. He recalled he came face-to-face with Hussein just moments before his execution and held back to urge to hit him as he passed.

“I realized this evil man was going to walk right by me, I couldn’t believe the moment,” Woods said. “A voice inside me said, ‘hit him’, you will never have a chance like this again.”

Woods said he ultimately gave into the more rational side of his mind and stood down, though he chose to attempt to meet Hussein’s eyes. Hussein, he said, did not make contact with him.

“[It said] he might hit you back,” Woods said. “You might cause a ruckus, there will be a tussle, you might get hurt [or] shot. You would get hurt and you would get fired.”

“I realized after he had left that I had made a bad choice … I would have been a celebrity,” Wood joked. “It would have changed my life, for the good or the bad we may never know, but I tell that story to hone the point that you are making choices now that will impact the rest of your life. Think through your choices, pray through your choices and choose wisely.”

Graduate Jasmine Ryan Middleton was named the Waights G. Henry Jr. Leadership Award recipient, the highest award for a student to be given at the college.

Middleton, an education major spoke on how certain experiences in college held her expand her mind to be flexible and continue a passion for continuous learning.

“It is my hope that graduation day will serve as the first page in a new chapter of lifelong learning for new graduates,” she said. “You mind is your most valuable asset, and you began investing in it before you made the decision to attend LaGrange College. Don’t stop here. Use the skills you have gained at LaGrange College and seek ways to continue to expand those skills.”

The class of 2022 presented a $4,240 check from the giveback challenge to the school. The amount raised was the largest ever gathered from the challenge, according to Lauren Knowles, assistant director of the LaGrange College Fund, and Riley Hammett, a graduate with a major in marketing and entrepreneurship and accountancy.