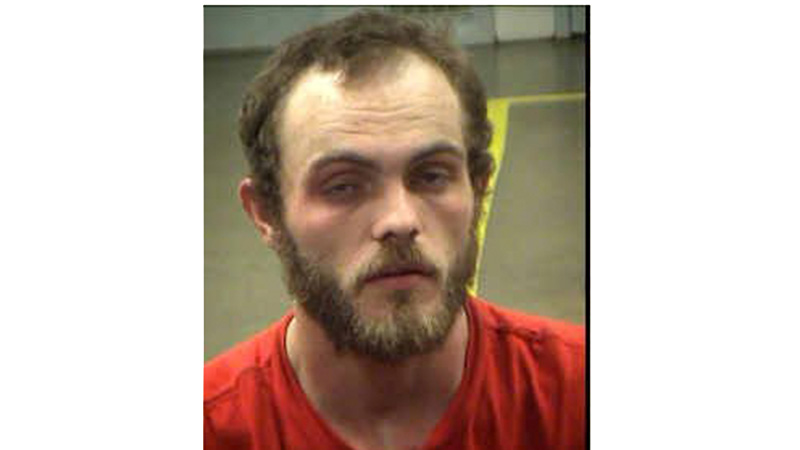 Heard County and Troup County law enforcement officers are looking for a man who has allegedly stolen several vehicles.

Matthew Wetherbee, 28, went back and forth between the two counties Saturday evening and has not been caught, according to the Heard County Sheriff’s Office.

The original call came in for a residence on Highway 34 East. Upon arrival, deputies were told that Wetherbee had stolen a Toyota Corolla from the scene and fled the area.

A short time later, deputies located the vehicle and attempted to conduct a traffic stop, where Wetherbee refused to stop and led deputies on a chase on Hwy. 34 heading toward the city limits of Franklin, according to HCSO. Upon approaching the area of Pea Ridge Road, units with the Franklin Police Dept. deployed stop stocks/spike strips in an attempt to stop the fleeing vehicle. Wetherbee allegedly attempted to avoid the stop sticks, left the roadway and crashed the vehicle.

Wetherbee then fled from the vehicle and led officers on a foot pursuit into a wooded area. Minutes later, Wetherbee approached a nearby residence and stole a second vehicle, a Toyota 4-runner, and led officers on a second pursuit which traveled several miles into Troup County before returning to Heard County. Upon re-entering Heard County, stop sticks had been deployed and were successful in the attempt to deflate the tires. Wetherbee traveled a short distance into Troup County again and abandoned the Toyota 4-runner and stole a third vehicle, a Jeep Wrangler, according to HCSO.

Wetherbee then traveled back into Heard County, leading officers from several agencies on another pursuit back to Highway 34 East where stop sticks were deployed again and disabled the Jeep Wrangler. Wetherbee guided the Jeep down an embankment and bailed from the vehicle into a dense wooded area.

An extensive search was conducted on foot, with SWAT and K-9 assistance and air support from local law enforcement agencies.

Weatherbee is wanted by the Heard County Sheriff’s Office for Theft by Taking (motor vehicle -2 counts) and numerous traffic offenses.

He’s wanted by the Troup County Sheriff’s Office for theft of auto, according to public information officer Stewart Smith.

Wetherbee is described as a white male, 6-foot tall, 195 pounds, brown hair, blue eyes and was last seen wearing dark colored shirt and shorts. Anyone with information about the whereabouts of Wetherbee is asked to call 911 or their local law enforcement agency.