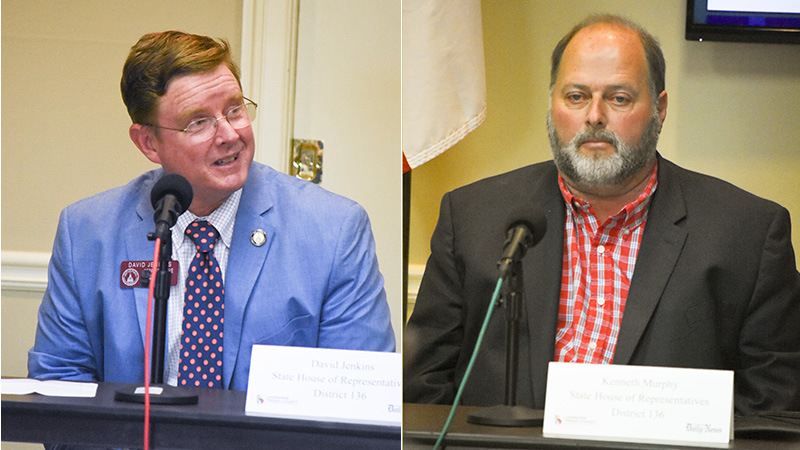 Jenkins handily won Troup County, with 813 votes, or 83%, compared to Murphy’s mere 163 votes, or 17%. At press time, the unofficial, district-wide results of the election showed Jenkins with 5,239 votes, or 73% of the vote in the district. Meanwhile, Murphy had 1999 votes, or 27%.  District 136 also includes Coweta and Meriwether counties.

Jenkins was first elected to the Georgia State House, representing House District 132 in 2020. Following redistricting, he ran as an incumbent for House District 136. When contacted, Jenkins thanked his voters and is looking forward to another term in office.

“It has been an honor to serve. I appreciate the confidence that the voters have instilled in me to serve another term,” Jenkins said. “As a Freshman legislator, I learned a lot of systems and processes, and I built a lot of relationships. I am looking forward to my next term, and I anticipate that I will be a lot more effective in representing the voters.”

Throughout his campaign, Jenkins has expressed his desire to protect parental rights in the school system, to expand broadband throughout the rural areas of the district, and to reduce costs and lessen the burden his constituents face in regards to access to quality healthcare services. He hopes that his upcoming term will give him the chance to continue to serve.

Murphy, although not the winner of the primary race, also expressed his thanks to the voters who did support him, and left the door open for another potential later on.

“I appreciate the ones who supported me, and maybe we will do something down the road,” Murphy said.