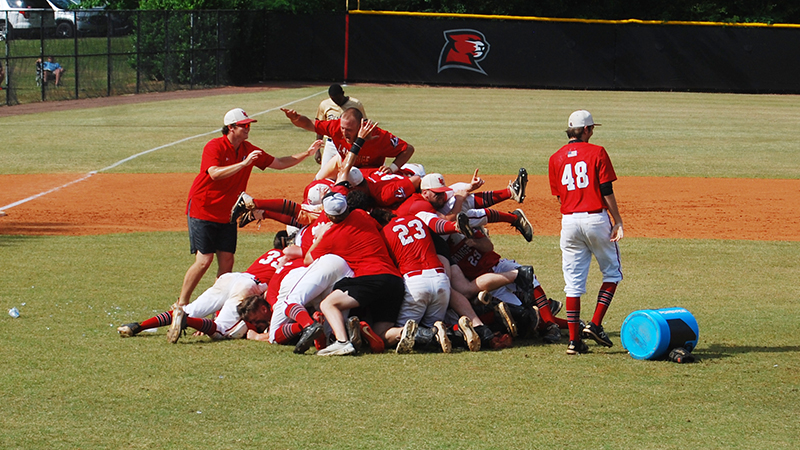 LaGrange College enters the super regional versus Chapman riding a nine-game win streak and has won 13 of its last 14 games. LaGrange College won the USA Conference tournament for the fifth year running and swept aside Centenary (La.) with ease in the regional as the best of five series only lasted three games.

Despite this being their first super regional appearance, this is the team’s sixth overall appearance in the tournament.

LaGrange College, led by head coach David Kelton, has only suffered six losses on the season and has been ranked in the top 10 for almost the entire season.

LaGrange College is powered by its formidable offensive prowess led by USA South conference player of the year Joe Ruth, who led the team with a batting average of .452, 10 home runs and 81 RBIs. McKinley Erves starred for the Panthers as well as he hit .440 and led the team with an on base percentage of .568 and nine triples. Erves hit five home runs and drove in 45 runners so far this season. Cael Chatham, a senior infielder, can do some relief pitching, but he does his best damage from the plate with a season slashline of .393, five home runs and 54 RBIs. Chatham is tied for second in home runs and third on the team in RBIs. Jack Layrisson was the other LaGrange College offensive star as he was second on the team with 62 RBIs and tied for second with five home runs. His batting average of .368 was fourth on the team.

The LaGrange College pitching staff is led by the senior Baley Coleman whose ERA of 3.71 leads the teams starters. Coleman is 10-1 on the season and will likely get the start in game one on Friday. Coleman’s ERA is a little up from his career low last season, but his strikeout rate is up and his batting average against went down this season. Dalton Brooks, a junior from just up the road in Newnan, is the team’s no. 2 starter. Brooks has put up a 4.19 ERA in his 14 starts as he put together a 6-1 record on the mound this season. The no. 3 starter position for LaGrange College is influx after the tragic accident that took the life of pitcher Stephen Bartolotta, who started the third most games for LaGrange College this season. The accident that claimed the life of Bartolotta also took the life of one of LaGrange College’s best bullpen arms, Jacob Brown. LaGrange College will have to use a committee of pitchers to fill this void if the super regionals come down to a game three.

Michael Menhart and Ethan Fry each got four starts this season, but both failed to make a major impression in a staters role so whether they will start remains to be seen. Fry got the start in game three of the regional round against Centenary and lasted three innings. Jack Richards has been the team’s no. 2 relief pitcher behind Brown this season and will likely get called upon for some big work in this series. His ERA of 3.34 was second among players that appeared in at least five games for LaGrange College this season. Hunter Garcia and Tanner Chafin are the other likely relievers to get important game time in this series.

Chapman, the winner of three national titles, including the most recent one in 2019, comes into the series having won three of its four games in the regional over Pacific (Ore.) and Pomona-Pitzer. This is the team’s 17th appearance in the national tournament.

Chapman is led by a dominant pitching staff. None are more essential than Wyatt Thompson to the teams success is 9-1 in his 14 starts this season with a team leading ERA of just 2.14. Grant Manning is also an ace for Chapman with a record of 8-1 in his 14 appearances this season with an ERA of 2.82 and leads the team with 99 innings pitched this year. Max Banks is the other key starter in the rotation with an ERA of just 3.34. All three started have a K/9 record of above 10. Chapman also has two relievers out of the pen — Dylan Holt and AJ Anzai — who have ERAs under 2.5.

First pitch for game one will be on Friday at 6 p.m. with game two commencing the following day at 2 p.m. A possible game three will take place roughly 45 minutes after the conclusion of game one. The entire series will be played at Cleaveland Field on LaGrange College’s campus. General admission for a single day is $10 while children aged 3-12, seniors 65+, faculty, staff, and students can get in for $5.00. The winner of this series will advance to the DIII College World Series that will take place in Cedar Rapids, Iowa from June 3 until June 9.