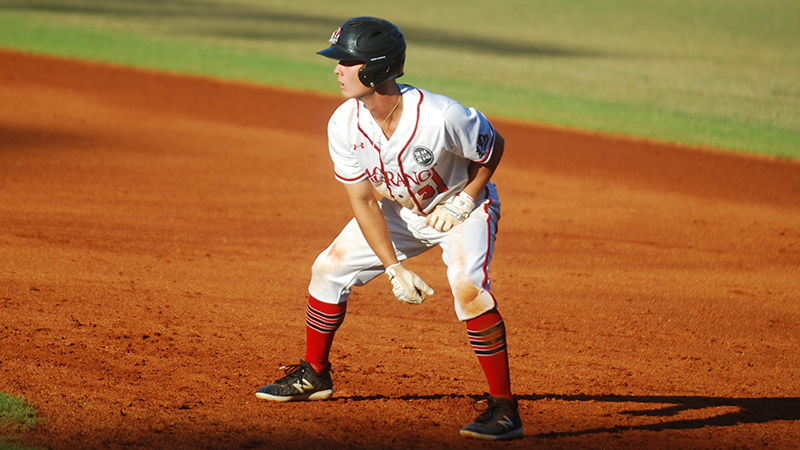 The no. 4 ranked LaGrange College baseball team earned a 7-6 walk-off win over the no. 17 ranked Chapman team in the 10th inning of game one on Friday night. Rhett Mixon took four straight balls to earn a walk with the bases loaded to end the game and put the Panthers one game away from the DIII World Series.

LaGrange took the lead in the following inning when David Smigelski hit a two-out single with the bases loaded to drive in two runs and give LaGrange a 4-2 lead.

Chapman chipped into the lead with a run in the top of the fifth. LaGrange College was able to stretch the lead back out with two runs in the bottom of the eight inning. Smigelski delivered again when he hit an RBI double after Jack Layrisson hit a triple to open the inning. Pallo came up with another big hit when he delivered a two-out RBI single to give LaGrange College a 6-3 lead later in that same inning.

It went a bit awry for LaGrange College when Chapman scored three runs in the top of the ninth to tie the game on a two-out bases-clearing double by AJ Anzai. With the game tied at six, LaGrange was not able to walk it off in the bottom of the ninth. Instead, they had to wait until the 10th inning when they were able to load the bases with no outs. Mixon promptly walked which gave LaGrange College a massive 1-0 series lead in the Super Regional round of the national tournament.

Baley Coleman got the start on the mound and had a good game despite allowing four earned runs on seven hits. Coleman went eight innings and got seven strikeouts on the night. Cael Chatham came in to relieve Coleman and pitched the ninth and tenth inning. Chatham earned his second win on the season as he allowed one earned run on two strikeouts.

LaGrange College now leads the best of three series against Chapman 1-0 after the victory on Friday night. The teams will clash once again in a game two on Saturday at 2 p.m. with a potential game three taking place roughly 45 minutes after the conclusion of the first game. Dalton Brooks will likely get the start in game two for LaGrange College. A win in either of those games will send LaGrange College to the DIII World Series for the first time in program history (only eight teams make the World Series every year).