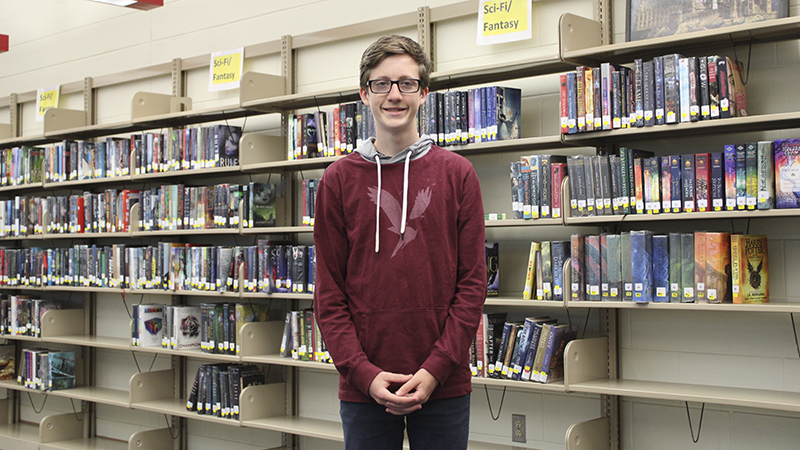 Joseph Walker, a graduating senior at Troup High School, has worked really hard throughout his high school career. Those years of work finally paid off, as Walker will graduate at 16-years-old as the 2022 class valedictorian.

Walker was homeschooled from the middle of sixth grade to his sophomore year. By the time he was fourteen, Walker had enough credits to graduate high school. He then attended Troup for two more years to work on AP classes and to earn college credits.

During his high school career, Walker decided that, instead of taking Spanish as his foreign language credit, he took Chinese, a much more difficult language for a native English speaker to learn.  He was inspired to do this after living there for a year and a half when he was eight for his dad’s business.

“Written Chinese is a little difficult, but speaking it isn’t too bad,” Walker said. “The Chinese language is really consistent. I am definitely going to continue to work at it, and I hope to be completely fluent one day,”

As for what advice he would give underclassmen, Walker encouraged them to work hard and set goals.

“I would tell them to try their best. It doesn’t take much to let your grades drop, but it takes a lot to bring them back up,” Walker said. “Also I would tell them to set goals. If you want to be Valedictorian, it is one of those things you should start working on in your sophomore year.”

After graduation, Walker plans on attending Lee University in Cleveland, Tennessee for pre-med. From there, Walker wants to work as a doctor.