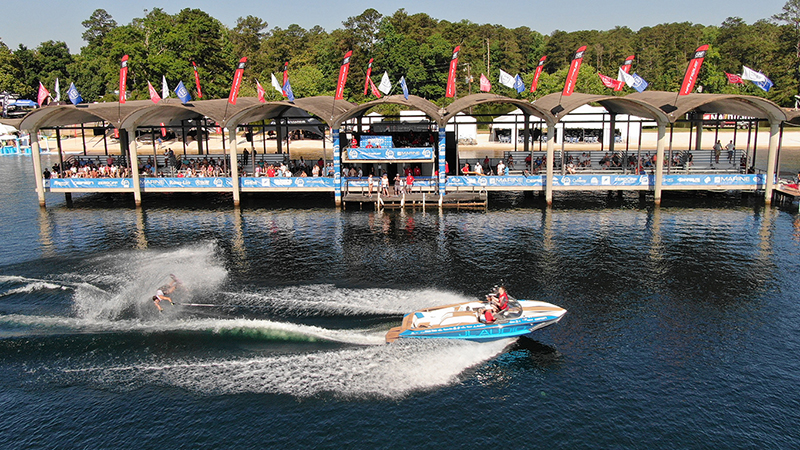 World-class athletes from all over the world poured into Pine Mountain for a weekend of nautical sports. Callaway Gardens hosted the 62nd annual Masters Water Ski and Wakeboard tournament over the Memorial Day weekend. The event has been held here since 1959 and is hosted every Memorial Day weekend.

Athletes have to receive an invitation to the Masters and is universally considered an honor and an acknowledgment of achievement for reaching the pinnacle in a given watersport.

Junior level competitors as well as the best skiers and wakeboarders in the world came to Callaway Gardens to show off their abilities. The major competitions were slalom, trick, jump, and wakeboarding, with each category having a men’s and women’s competition.

Competitors came from as far and wide as Chile and Sweden to compete in the weekend’s events.

It was more than just a weekend for competitors. Callaway Garden also featured a floating obstacle course, Aqua Island, for kids to play around on and luxurious new cabanas, providing a relaxing experience for those not taking part in the activities. Callaway Gardens also features two golf courses, ziplines and plenty of beach space as it was a weekend for more than just sports. The tournament was capped off every night with a firework show culminating in Sunday’s finale.