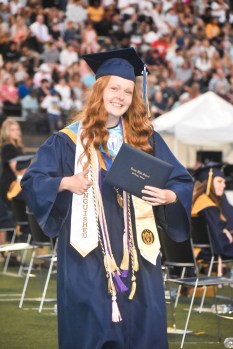 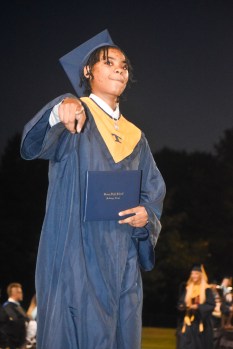 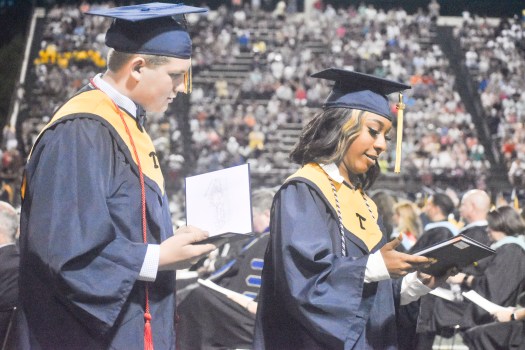 “I have found a wonderful group of friends here at Troup High School, and they have helped me become more outgoing and confident to do things such as [public speaking,],” he said during his speech to the graduating class. “I know I’ve made life-long friends here that I will always be able to count on. Troup High School is a family and I don’t know where I would be without the support I’ve received hereafter the past four years.”

Salutatorian Wesley Bartlett spoke on his course of being a student in the Troup County School System and the preservation that came in. Despite moments of uncertainty, he noted it all came full circle due to the efforts of the educators in his life, and ultimately, he noted, he learned education is the ultimate form of preservation.

“Knowledge holds no value unless you put it into practice,” Barlett said, quoting playwright Anton Chekhov. “This notion has never failed in history, and now is the time to put your knowledge into practice and practice what we as students have learned.”

“All of you who have made it this far have the potential to achieve anything you set your minds to,” Walker said. “When you achieve a goal, set new ones. There will always be something more for you in life, and I encourage you to go after it. The world is always changing, and it is important for you to adapt your goals as that happens.”