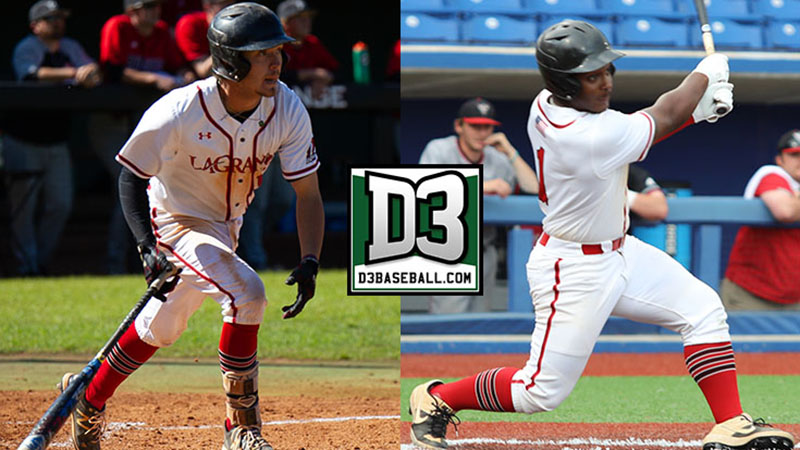 LaGrange College placed two players on the D3baseball.com 2022 All-America team as announced by the website. Third baseman Joe Ruth was a first team pick, while outfielder McKinley Erves was on the second team. It is the first time LC has had two on the website’s All-America team.

Ruth is the first Panther since Casey Bell in 2017 to be on the first team. The Chiefland, Florida native was earlier named the Player of the Year on the D3baseball.com All-Region 6 and ABCA/Rawlings All-Region 6 teams. Ruth was on the USA South All-Conference first team. He is batting .443 with 10 home runs and 82 RBIs, all team bests. Ruth leads NCAA Division III with 101 hits. He is just the third Division III player with 100 hits in a season. Ruth also leads the team in at-bats (228), doubles (21), total bases (156), and slugging percentage (.684). He has set school records for hits in a season and RBIs.

Erves was earlier named to the D3baseball.com All-Region 6 and ABCA/Rawlings All-Region 6 teams.Erves was also a first team all-conference selection. He is batting .413 with five home runs and 45 RBIs. Erves has set a new school and Division III season record with 90 runs scored. He has walked a school record 50 times this season. Erves has a .653 slugging percentage and a team-high on-base percentage .543.