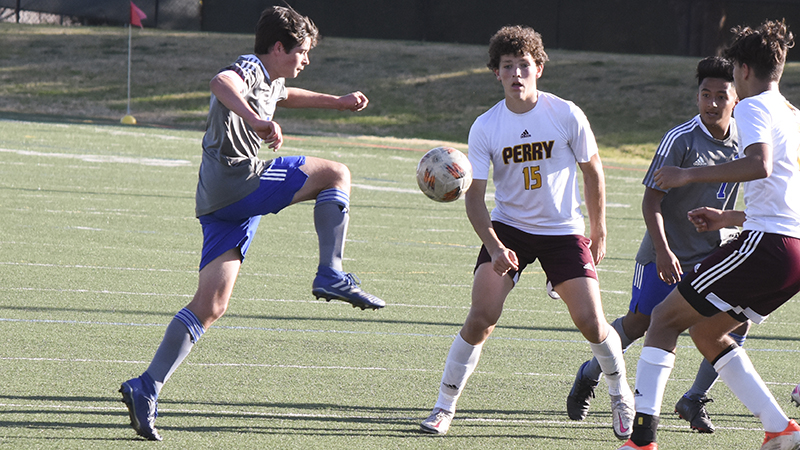 With the 2021-22 school year coming to a close, Davis Knight has been voted the LaGrange Daily News’ Athlete of the Year.

“I didn’t expect to make it this far in the bracket,” Knight said. “I’m just grateful to be given this opportunity.”

After a solid sophomore season in 2021 that saw him score 11 goals and earn six assists for LaGrange High School’s boys soccer team, Knight exploded for 26 goals and 22 assists during his junior year. Knight was able to put up these absurd statistics despite playing in just 19 games.

Knight was the leading talisman for the Grangers this last season and will likely be called upon to do so next year as a senior on the team. The team will be completely transformed next year– they will look to replace seven seniors that graduated this past Saturday. Knight, a rising senior, will look to take on more of a leadership role next season.

In the meantime, Knight will be spending the summer working on his game. His offseason is not really an offseason as he grinds to get better outside of the school system. He already has plans to attend multiple college camps and will be trying out for Elite Clubs National League (ECNL) teams in the southeast.

Just in the last year, Knight’s vision, passing and movement have all improved substantially. Knight is hoping to use this “offseason” to better his game even more.

“Passing, moving, vision on the field has all gotten better,” Knight said. “Seeing who’s open and shots as well, really everything.”

Knight has his eyes focused on team goals for the Grangers next season. He wants to help them reclaim their region crown and once again make a deep run in the state playoffs.