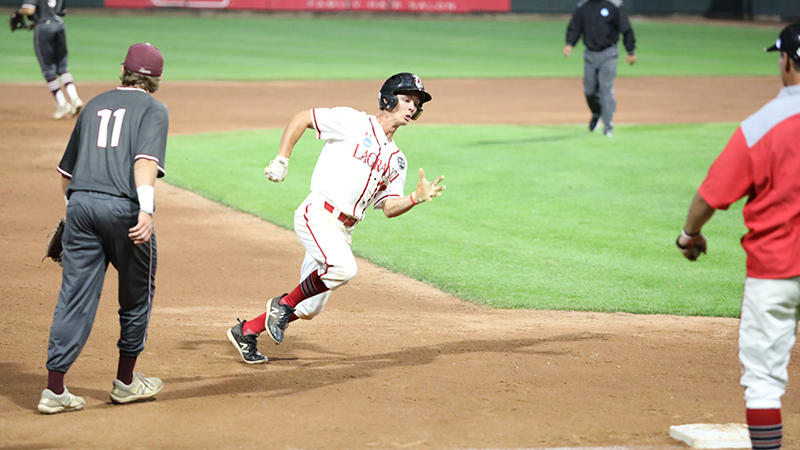 The Panthers broke the deadlock with a two run single from McKinley Erves in the bottom of the third inning. The scoring was just getting started as the Panthers added another three runs in the sixth inning as the Trinity pitching broke down late in the game. A run scored on an error before David Aldridge drove in another to make it 4-0. The Panthers added the final run in the inning when David Smigelski stole home.

A sad sight in the sixth inning saw Trinity star Jack Vonderhaar have to leave the game with an apparent knee injury.

The LaGrange College bats carried on the torrid streak into the seventh as the Panthers added another four runs in the inning. Jack Layrisson got the party started with a triple to drive in two runs. Cael Chatham followed this up with a double to drive Layrisson home. Rhett Hebert hit a sacrifice fly to round the scoring out in the inning.

The Panthers added an additional three runs in the eighth inning to give them the 12-0 lead they would hold until the end of the game. Chatham walked with the bases loaded to get the action going. Smigelski hit a sacrifice fly to score the eleventh run of the night. Aldridge hit a single to give the Panthers a dozen runs in their first ever World Series game.

Baley Coleman got the start on the mound for LaGrange College and was dominant with a capital d. In the biggest start of the season for the junior, Coleman delivered a shutout in seven and 1/3rd innings as he only allowed four hits on nine strikeouts. Michael Menhart had clean up duty and pitched the final 1.2 innings and kept the shutout alive as he allowed no hits on one strikeout.

It was not just the pitching that was dominant as the entire lineup delivered from the plate as well. It was the USA South Conference player of the year, Joe Ruth, who delivered the goods in the game for the Panthers. He went 3-for-5 with three runs scored. Ruth is now up 104 hits on the season which is the new Division III record for most hits in a season by an individual.

Chatham, Smigelski, and Aldridge– the fifth, sixth, and seventh hitters– delivered tonight as they all went 2-for-4 with two RBIs. Layrisson earned two RBIs and Erves was able to grab one as well. The only two players in the lineup not to get a hit were still able to help the offense as Gabriel Pallo scored a run and Hebert drove in a run and scored one as well.

LaGrange College will be playing Eastern Connecticut St. in the second game of the NCAA Division III World Series. Dalton Brooks will likely get the start on the mound for the Panthers.