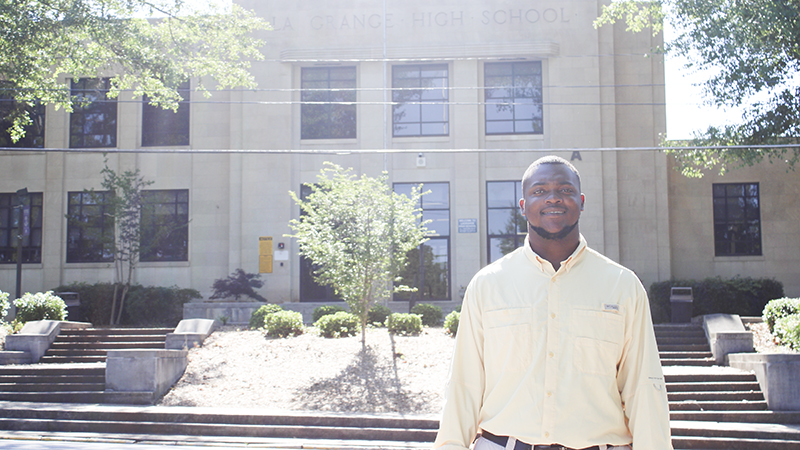 Editor’s note: this is part of a series of profiles on Troup County’s valedictorians.

Perry said that he worked hard to become valedictorian and that he was proud to have earned such an honor.

“LaGrange High School has been amazing, and I could not have asked for a better four years,” said Perry. “It is an honor that I was able to be the valedictorian this year. It took a lot of hard work, and I am very thankful for all the support I got from the entire Granger family.”

While at LHS, Perry was involved in several student leadership organizations including the Principal’s Advisory Council and Student Council. Through both of these organizations, he worked to represent the study body and to implement change that would be beneficial to LHS.

Perry also played on the football team, which he said was by far the most impactful.

“The relationships that you build with the team over the years are great. To see us go from not winning to making the playoffs and winning a playoff game is big.” Perry said.

As for what advice he would give underclassmen, he said to build relationships with other people.

“You are here for four years, so its always better to go ahead and get settled in with people that you know and trust.” Perry said.

After graduation, Perry plans on attending the University of Georgia in Athens. From there, Walker wants to go to law school for corporate law.

“I am really excited to go up to Athens. High school has been fun, but I am ready for the next chapter of my life.” Perry said.