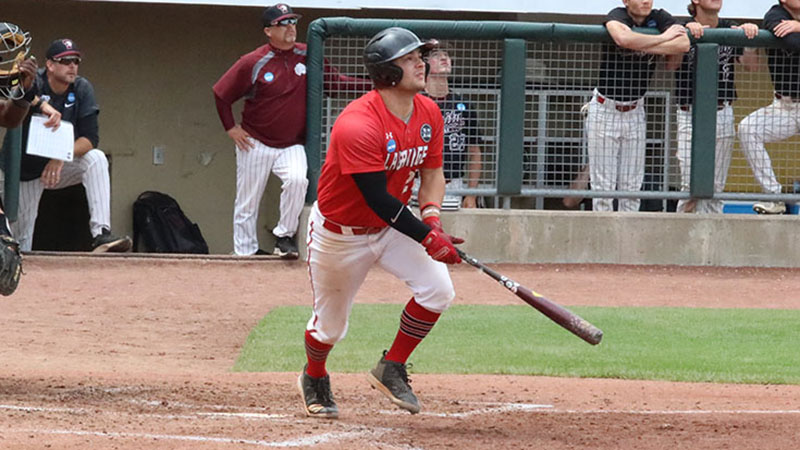 The LaGrange College baseball team (44-8) flexed their might to beat Trinity (Tx.) (37-13) 15-3 and advanced to the NCAA Division III World Series semifinals. The Panthers had to play this game less than 12 hours after their last game against Eastern Connecticut St. concluded, but the short rest did nothing to slow down the hungry Panthers.

LaGrange College got off to a hot start when Cael Chatham hit an RBI single to get the scoring going in the top of the first inning. The Tigers quickly tied up the game in the bottom of the first with a run of their own and it looked like it might be a back-and-forth affair from there, but it was not to be.

The Panthers blew the game open with four runs in the third inning. The catcher David Smigelski got the scoring started in the inning with an RBI sac fly. With two outs, the Panthers offense just kept on rolling with David Aldridge hitting an RBI single before Rhett Mixon walked with the bases loaded and McKinley Erves singled to drive in two more runs and give the Panthers a 5-1 lead.

The offense kept rolling throughout the game as LaGrange College added an additional three runs in the fifth inning. Erves hit a two RBI double before Chatham singled later in the inning to drive Erves home. Just like that the Panther lead was up to 8-1.

LaGrange College’s offense torrid tear through the game continued into the sixth inning as the team added another three runs, Aldridge hit a monster home run over the left center field wall to lead off the inning. Gabriel Pallo legged out a triple later in the inning to drive in another run. Erves drove in Pallo to round out the scoring for the Panthers in the inning.

The Panthers offense showed no signs of weariness after their previous game ended after 3:00 a.m. EST this morning.

The game went so well for the Panthers that Dustin Doscher came into pinch hit in the ninth inning and launched the first home run of his collegiate career over the right field wall. Erves hit a sacrifice fly later in the inning to earn his fifth RBI in the game.

Ethan Fry got just his sixth start on the season and was excellent in his six and 1/3rd innings of work. Fry only allowed three earned runs and six hits on six strikeouts to earn his third win on the season. Ashton Shackleford, Tanner Chafin and Cal Fuller came out of the bullpen and combined to pitch the final two and 2/3rds innings and allowed no hits and zero runs.

Erves was outstanding from the plate to lead the Panthers offensively as he went 2-for-5 with a walk and five RBIs. Aldridge showed off the power with his home run and filled the stat sheet with a 3-for-5, three runs scored, two RBI slashline. Aldridge was also able to generate a walk.

The entire Panther lineup showed great discipline from the plate as Mixon earned four walks while Pallo was walked three times himself.

LaGrange College is scheduled to take on Eastern Connecticut St. at 2:15 on Monday. With a Panther win the the two teams will rematch at 8:45 on Monday with the winner advancing to the championship series; a loss will see LaGrange College eliminated from the NCAA Division III World Series.