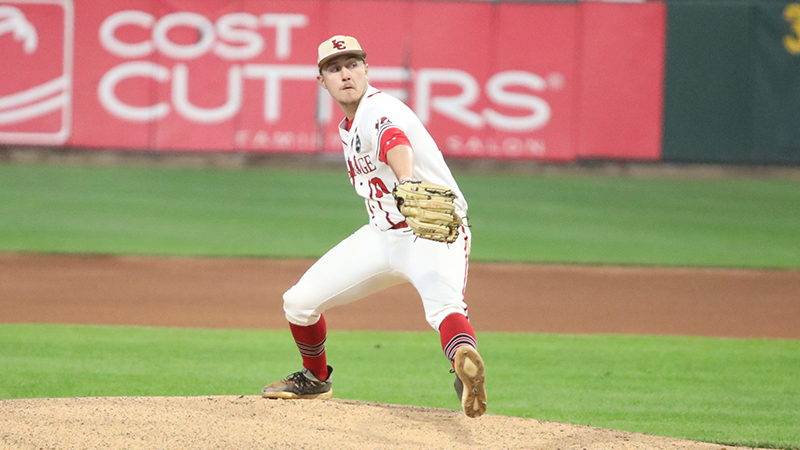 LaGrange College saw its fantastic season come to an end in the NCAA Division III World Series semifinals with a 8-1 loss to Eastern Connecticut St. on Monday. This was the best season in the program’s history as the Panthers made their first World Series appearance and finished among the top four teams in Division III this year.

LaGrange College generated little offense as they dug their hole deeper when the Warriors scored two runs in the bottom of the fourth to make it 7-0.

Rhett Hebert hit an RBI single to drive in the first Panther run of the game in the fifth inning. With runners on first and second with no outs, the Panthers were not able to trim the lead anymore in what proved to be a pivotal missed opportunity.

The Warriors added another run in the sixth inning to make it 8-1.

The Panthers were again able to load the bases with one out and came up empty handed once again.

Tanner Chafin got his first start of the season for the Panthers and just did not have his usual stuff as he struggled through his one and 1/3rd innings of work. Chafin allowed six hits and four earned runs. Baley Coleman, Ethan Kramer, and Michael Menhart came in to relieve him and all pitched at least two innings apiece as they combined to allow only two earned runs on nine hits.

Despite enduring a season full of trials and tribulations, LaGrange College was still able to produce the winningest season in program history.