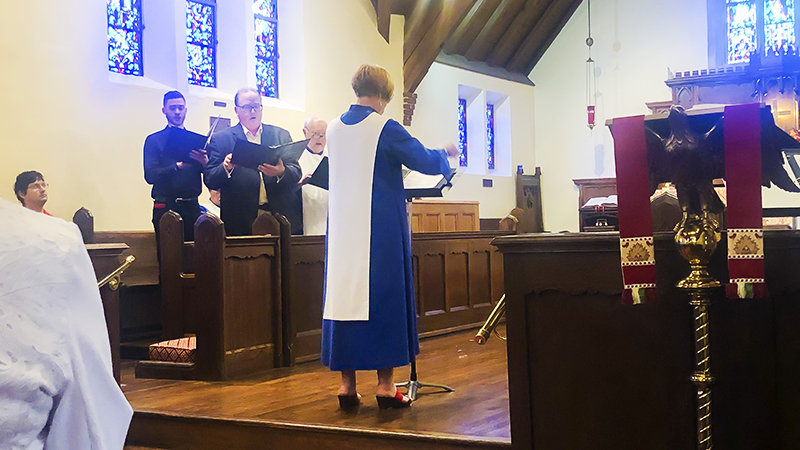 In late May, members of the Choral Society of West Georgia ventured to Carnegie Hall in New York for a special performance. The 12-member group stood beside nearly 200 other vocalists to recite A Ukrainian Prayer, an original requiem created by world-renowned vocalist, John Rutter, who wrote the piece to honor those lost in the ongoing Ukrainian War.

Following the completion of the piece, vocalists received a standing ovation from church attendees, something that surprised and delighted the singers, Biggs said.

“Episcopalians don’t clap in church, so when they broke out in applause, we were all pleased but stunned,” Biggs said. “We were thrilled they felt that way [about the requiem].”

Sung in Ukrainian, the requiem was Rutter’s response to the civilian casualties of the Ukraine-Russian war. Rutter said in a documentary he wrote the composition in one night. The English translation of the composition reads, “Good Lord, protect Ukraine. Give her strength, courage, faith, hope. Amen.”

St. Mark’s service featuring ‘A Ukrainian Prayer’ is available for viewing on the church’s Facebook page.