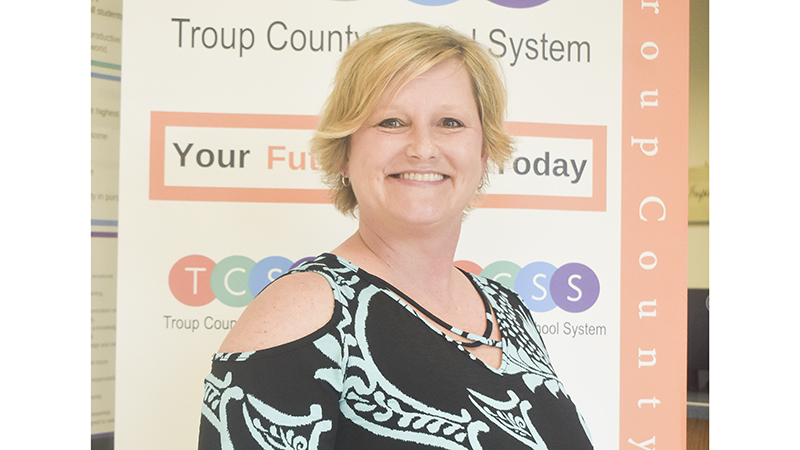 Jennifer Pike has been named the new principal of THINC College and Career Academy.

Pike, currently THINC’s assistant principal, has served the Troup County School System since 1999. She formally served as a teacher, coach and advisor at Callaway High School, the director of the Junior University Summer Program and an assistant principal at Garden Newman Middle School and LaGrange High School.

At a special school board meeting Monday night, Pike said her passion for education began when a former Troup High School teacher asked her to be a temporary science teacher at Callaway High School. At the time, Pike had recently graduated from college with a degree in biology and a minor in chemistry and had plans to attend medical school.

“I went and met with him and he talked me into it,” Pike said. “Within a week, I told my parents I wasn’t going to med school. This is what God called me to do. Two weeks later I’m coaching cheerleading. There has never been a day when I’m working in the classroom that I’m not loving my job.”

According to a memorandum from TCSS, Pike competed against four other candidates during a two-round interview process in May. THINC Academy’s current principal, Chris Williams, is transferring to a new school system, Irisha Goodman, public relations liaison for TCSS, said Tuesday.