The best season in Panthers history ends with a heartwarming homecoming 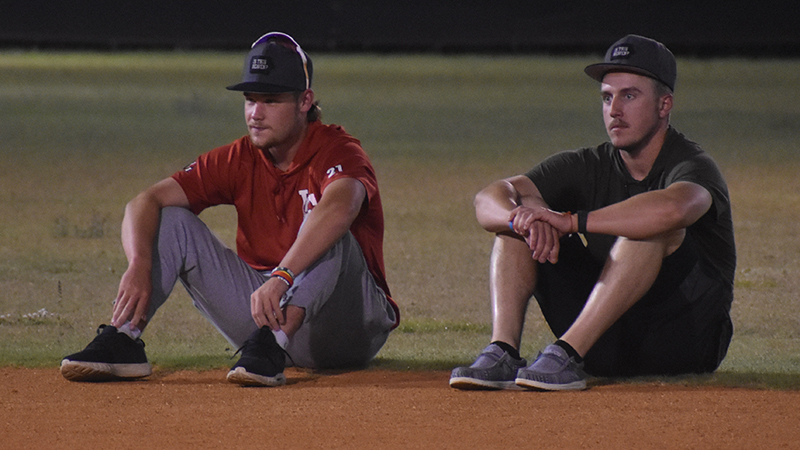 The LaGrange College baseball team received a warm welcome from friends, family, and supporters as they returned to Phil Williamson Field from the NCAA Division III World Series in Cedar Rapids, Iowa on Wednesday night.

This was the first time the program had qualified in their history as they made it all the way to the semifinals and were one of the last four teams standing in Division III this season.

“This has been something for years that has been building,” head coach David Kelton said. “We’ve had a lot of great teams come through the program.”

Blue lights shined in the distance as the wailing sounds of sirens pierced the still sounds of the night. The buses arrived a little after 10 p.m as a sea of supporters cheered them on as police cars escorted them home. The sounds of sirens were joined by the cheering voices of the LaGrange College supporters who lined the stadium late at night to welcome the return of the Panther royalty that inspired a community.

The players were touched by the support that they received during the tournament and the homecoming celebration that awaited them upon their arrival.

“Thank you guys so much for the support,” junior pitcher Baley Coleman told the crowd. “This is a nice touch.”

Some members of the crowd held signs in support, others wore LaGrange College gear, but they all offered words of support and encouragement for these members of the LaGrange community that have been on a roller coaster of emotions these last few weeks.

It was a bittersweet moment for the Panthers players as a season full of trials and tribulations reached its conclusion. After losing two key members of the team in a tragic accident last month, freshman pitchers Stephen Bartolotta and Jacob Brown, the community and college rallied around the Panthers like never before. In a season where the players could have packed it up and missed out on the World Series and not a soul would have blamed them, they rallied around the memory of their fallen friends and produced the best season in program history.

“We pictured them coming to Cedar Rapids with us, and the loss really hurt,” senior outfielder McKinley Erves said. “We tried to do everything we could to keep playing in their memory.”

After being welcomed back by the community, the players slowly trickled out onto the field to soak in the environment one final time this season. For some players, like Erves, this was the final time they would take the field as a LaGrange College baseball player.

It was an unbelievable ride for these young men as they got to live out some of their childhood dreams despite falling just short of their ultimate goal of winning a championship. Memories were made, bonds were strengthened and more than a few tears were shed across those six fateful days in Cedar Rapids.