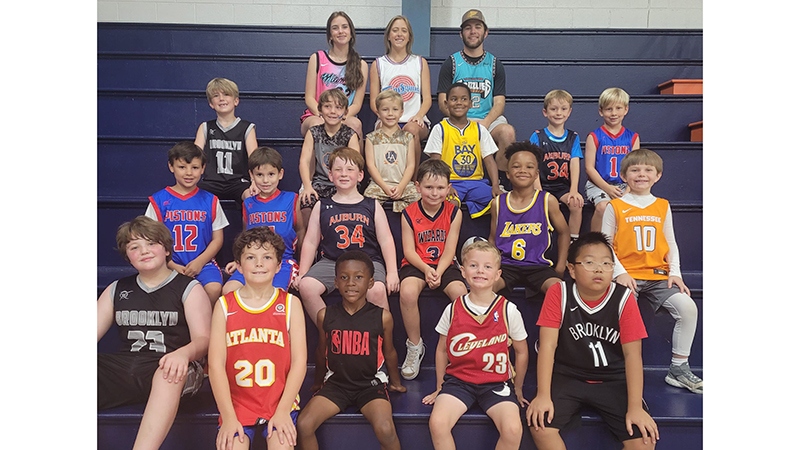 LaGrange Academy is in the midst of hosting a co-ed basketball camp this week for potential future Warriors and kids needing summer activities alike. Led by head basketball coach Ken Klinger, the camp was for rising second-fourth grade students. The camp focused on teaching the kids the fundamentals for basketball – shooting, ball handling, dribbling, passing, footwork, rebounding and defense – along with fun competitions and games.

The camp had a hot shot contest won by second grader Owen Selbie, who scored 40 points in one minute. It also hosted a three-point shooting contest just like during the NBA All-Star weekend, which was won by Keith Roberts, a third grader, who made 13 three-pointers. The one-on-one champion was Parker MaComber, a second grader.

Around 25-30 kids have participated in the camp that will conclude at 2 p.m. on Friday. Each camper will receive a t-shirt and a camp basketball in hopes that they will continue playing basketball long after the camp concludes. Every day had a different theme for the campers.

Members of Klinger’s boys and girls teams helped facilitate the camp and show the younger players what it means to be a Warrior and play basketball.