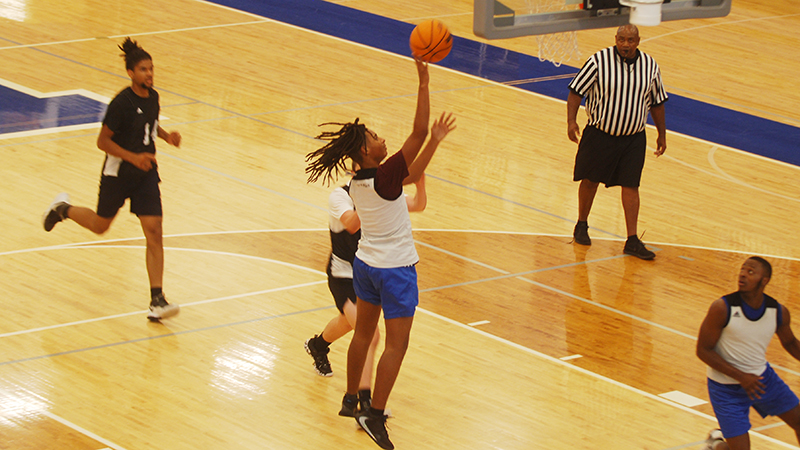 The LaGrange boys basketball team earned an emphatic 74-40 win over Northgate in a summer ball game on Thursday. The game gave head coach Mark Veal a chance to test his younger players on the second day of a back-to-back after having played Phenix City on Wednesday.

Devin Dowell and Garrett Jacobsen will likely help fill the leadership void with the two rising seniors being two of the most talented players on the team.

Jones was on hand to offer his voice as essentially another coach. The freshly graduated senior is off to Pasco-Hernando State College in the fall to play college basketball, but his four years as the starting point guard in Veal’s system offered valuable insight to the younger players still carving out a role for themselves.

The Grangers outmanned Northgate regardless of what players Veal inserted into the game. He constantly rotated players in and out and regularly made total platoon swaps as well. The Grangers used their size and strength in the half court offense to carve out easy attempts around the basket and wide open shots for the shooters. The Grangers’ length and size helped them generate offense in transition as they forced Northgate into turnover after turnover. Dowell threw down a couple of ferocious dunks late in the game to get his teammates fired up.

The Granger players were not just trying to impress Veal, there were also multiple college coaches in attendance to watch how the summer camps and games will play out.