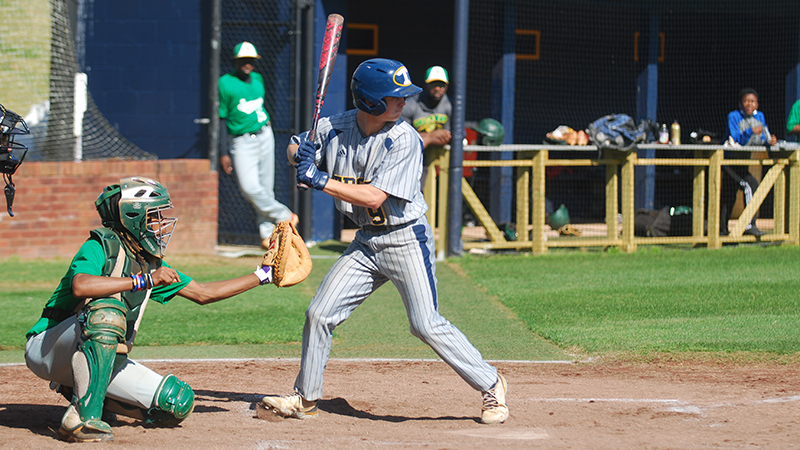 The outfielder is ready for an opportunity to perform at the next level.

“My 13-year-old self just wanted to go play ball in college,” Atkinson said. “I’ve been wanting to play college baseball at any level, NAIA to Juco to D-III, it doesn’t matter.”

Atkinson traveled down to Mt. Vernon for another visit to Brewton-Parker College a little over a  week ago and officially received an offer from the school. He took a few days to talk with his coaches and loved ones before accepting the offer. At the end of the day, the offer just felt right to Atkinson. The campus and town were nice and cozy. Mt. Vernon offered him the small town vibes, but not too small.

Brewton-Parker is affiliated with the Baptist Church, which was a major selling point for Atkinson.

“Christianity is big to me,” Atkinson said. “It’s been with me all my life.”

The combination of Christianity, baseball and school was just too good of an opportunity to pass up.

Atkinson is not somebody who is going to offer a lot of power into the Brewton-Parker College. What Atkinson does offer is an ability to hit into gaps and reach base consistently. He is also more than a capable defender and has good arm strength to compliment his offensive repertoire.

The offer came late in the game for Atkinson as he is finally glad to have his immediate college future sorted out. There was a time when he thought his baseball career might be over in the time between his last game with Troup County and the offer he received from Brewton-Parker College.

“At first, I thought it was over,” Atkinson said. “Two weeks ago the coach texted me, and I jumped right on it because I saw there was hope still.”

All Atkinson wanted was an opportunity to play at the next level, and he finally has that. He has envisioned himself playing baseball in college since he was a child and first picked up a bat when he was three. After playing for the last 13 years, baseball was not something Atkinson was ready to give up just yet.

It was a stressful wait at times for the young ball player, but it worked out in the end. Atkinson is ready to start his career as a Baron later this year.