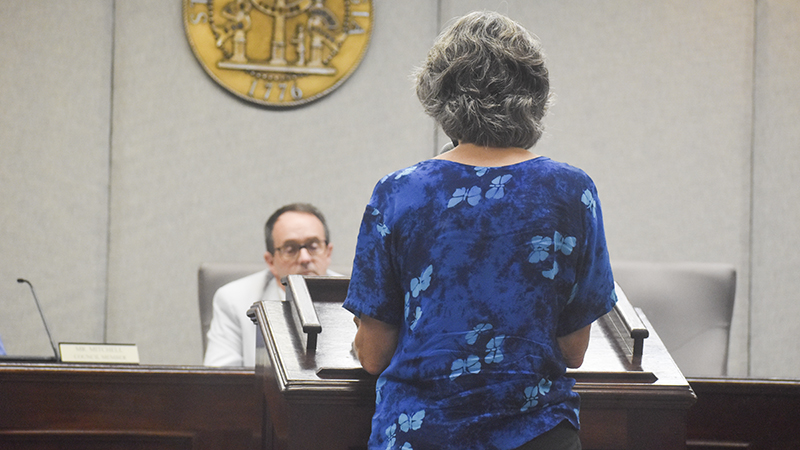 The LaGrange City Council opened the floor Tuesday night for residents to speak on aspects of the city’s proposed fiscal year 2023 budget. High points of the discussion included comments from residents asking for the council to rethink its decision to eliminate the city’s curbside recycling service, which is already factored into the proposed budget.

In previous reporting, LaGrange Mayor Jim Thornton said of the approximate 10,000 homes in LaGrange, only about 1,400 participate in the curbside program. This has resulted in a net loss of about $160,000 per year for the city, as the program is unable to self-sustain itself.

Cutting the service would ultimately saving the city hundreds of thousands in funds and disallow a need to incur a proposed increase in gas taxes for city taxpayers. This proposed increase for all city customers was expected to be a 6.1% increase per residential customer or 4.5% for commercial customers. Ultimately, an estimated 7,500 gas customers could be paying as much as $67 dollars more on their gas bills per year.

Three residents asked the council to reconsider cutting the service, voicing environmental concerns as well as concerns about how the decision could affect LaGrange’s image.

“[Recycling] makes LaGrange a better place to live. It makes us a more responsible community and do our part to take care of the earth,” said 30-year LaGrange resident Laura Breyfogle. “It’s the right thing to do to make recycling as easy as we can for people. I’ve talked to some people in the county who said there really aren’t a lot of recycling opportunities anymore. [The current service] is easier than what we were doing when we had to sort [recyclables] in seven separate bins and take them to Davis Road.”

Judy Laurens echoed Brefogle’s comment, noting she had moved from a town in Alabama she considered “less progressive” than LaGrange.

“To go back to a situation where we don’t have [curbside recycling] anymore is like going back 70 years ago and saying we’re going to move to town without indoor plumbing,” Laurens said. “It’s just something you expect in a progressive town.”

City Clerk Sue Olson said Wednesday she had not received comments via email or phone calls from residents on the recycling service issue. However, several city council members said Tuesday they had received inquiries from residents.

Councilmembers Jim Arrington and Mark Mitchell said residents asked if they could pay for the service separately. City Manager Meg Kelsey said this would not be a viable solution due to the time and funds needed to operate the service for only a few customers.

Included with comments on the budget was a solitary comment from Kevin Littlefield, chairman of Troup County Democratic Party, to not cut funding from Harmony House. Littlefield said he was speaking on behalf of the party’s committee members.

“As a matter of conscience, we can’t support cutting funding for a shelter for domestic abuse,” Littlefield said, adding he’s been in communication with the LaGrange Police Department and other community members on ways to work around not cutting funding from the shelter.

Harmony House is one of the 21 agencies where the council considered cutting funding by half during the next fiscal year, with bigger cuts possibly to follow. According to the FY 2023 budget proposal, Harmony House received $25,000 in the 2021-2022 budget year and requested the same amount for 2022-2023. Should the council go through with cutting agency funding, Harmony House would only receive about $12,000 in funding from the city. The 21 agencies requested a total of $497,860, over $67,000 more than in the 2021-2022 budget.

As an additional component to the 2023 budget, the council passed on first reading an ordinance to levy the Ad Valorem Tax for 2022, keeping it to zero as it has for the past seven years. The city sales tax was created to eliminate the city property tax.

The council will vote and finalize the budget at its next meeting on June 21 at 5:30 p.m.