LHS competitive cheerleading gets ready for the fall 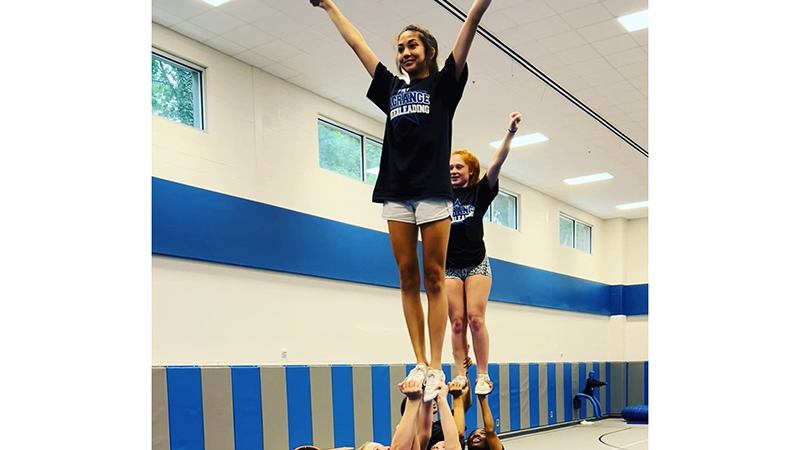 The LaGrange High School competition cheerleading is already getting back in the groove as summer practices are underway this week. After finishing 11th in the AAAA classification in the state last year, the team is looking to improve on that in the 2022-23 season. Once again the competitive cheerleading team will be led by Brandi Turner, who returns to the Grangers. This year’s varsity team will consist of Ana Rollings, Avery Upchurch, Bailey Irvin, Bri Morgan, Emily Jackson, Jayda Whitlow, Jazziah Kennedy, Laila Bailey, Lola Grace Johnston, Londyn Tippy, Lynleigh Bohn, Makiya Rhodes, McKenzie Aldridge, McKenzie Jones, Sydnee Jennings, Tessa Bailey, Timaya Brown, Tinley Tucker and Zoey Hall.

The competitive cheerleading team will be returning 14 athletes from last year’s team. Last year’s team saw 20 girls form the team, but this year will only see 18 of them make the cut. Rollings, Irvin, Tippy, and Jones are the four members that will be new to the team this year.

With competition cheerleading being a fall sport, the season will be here in no time as the Grangers ramp up their preparation for the season.