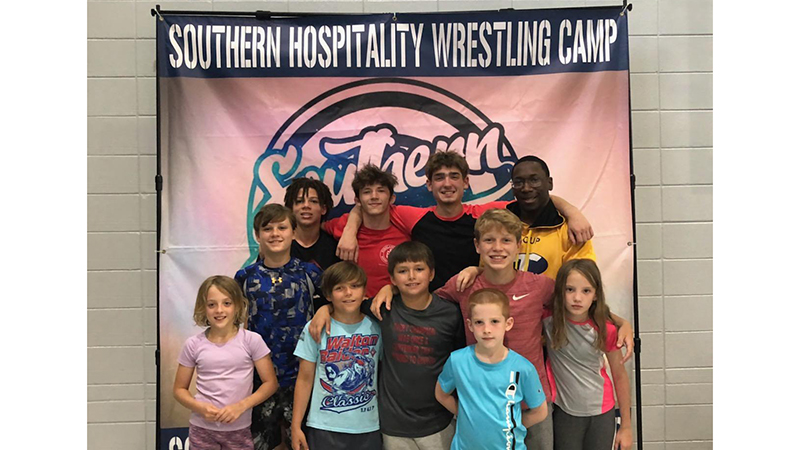 The 11 wrestlers are taking part in a five day wrestling extravaganza that started Sunday and ends on Thursday. They are learning from some of the best coaches and wrestlers in the country this week, such as Scott Reyna – a three time NCAA Division 1 All-American – and Michael Irving – a NAIA National Champion, four time Collegiate All-American and fifth on the United States Olympic Ladder – among a plethora of other elite wrestling coaches.

The wrestlers will be learning various skills and techniques from the trainers and coaches that have been brought in. They will also look to sharpen their preexisting skills as well as the camp was divided into three sections – youth, middle and high school. Participants range from ages 5-18.

All of the training and events are taking place in Camden County High School gymnasium.