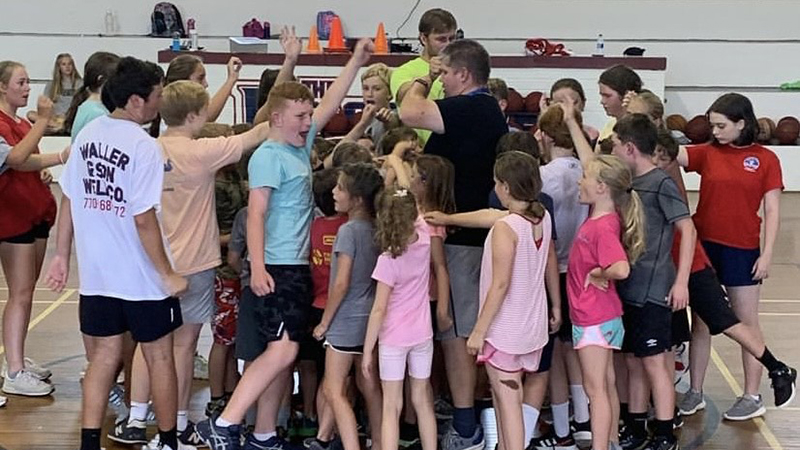 LaGrange Academy is gearing up to host a basketball summer camp on June 27-July 1 under the stewardship of recently returning Warriors boys basketball coach, Britt Gaylor, who coached the team from 2012-2017 before returning to coach them starting the fall of this year.

Gaylor is a certified player development specialist through Impact Basketball and has been around elite basketball instructors. His camps are largely fundamental based with an emphasis on how to play in a team setting. Gaylor has coached and trained numerous college basketball players and gives campers a foundation that they can use going forward to continue to get better. The camp also emphasizes the best parts of basketball with fun through competitive skill contests and team games. Gaylor spent the last several years coaching for St. George’s Episcopal School before deciding to return to LaGrange Academy.

The camp will cost $180 and will take place from 9 a.m. – 2 p.m. on June 27-July 1. The camp is co-ed and is for rising fifth graders to rising eighth graders. All campers will receive a t- shirt for coming. The camp will have snacks, drinks, etc for sale and will have lunch options. Any one interested should email brittgaylor@lagrangeacademy.org.