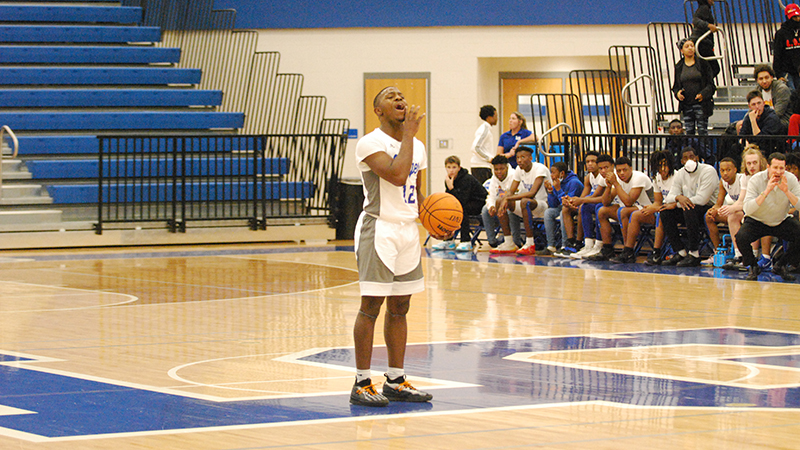 High school basketball in Georgia will be changed forever next season as the GHSA has decided to implement a shot clock to all classifications for high school basketball. Strategy, refereeing and scorekeeping will be altered forever as teams will now have 30 seconds to dribble up the court and get a shot off.

The implementation of the shot clock will have a wide  impact..

“I don’t even know if I’m for or against it yet,” Callaway girls basketball coach Deyano Martin said. “I’ll have to see how it plays out first.”

Martin’s team plays fast with the ball, so he imagines the rule will not have a big effect on his team until late game scenarios. Games that are neck-in-neck late in the game will have different approaches from coaches. Now, players will no longer be able to dribble out a minute and a half of game clock late in the game to ice a win. Teams will have to implement new strategies both offensively and defensively to combat the ticking clock above the goal.

Martin is unsure how it will play out on the court, but one thing he does know is that GHSA does not have the infrastructure to supply a shot clock to every high school in Georgia. This means that each school will have to provide their own shot clocks and have to find somebody who can work them properly or train somebody to do so, which could be difficult to do. This is a sentiment that is shared by Troup boys coach Jairo Gay and LaGrange boys coach Mark Veal.

“I think you’re going to have to have two people run it,” Veal said. “It’s going to be a learning curve.”

Discrepancies in funding for shot clocks and a person operating them could be a huge problem as well. For example, LaGrange High School has already purchased a shot clock, but Callaway has not. None of the three schools have figured out who will operate the shot clocks for their respective schools.

There is some hesitancy, but Gay is ready for the shot clock era in Georgia to begin.

While Gay is excited about the change in strategy and is looking forward to altering his coaching style, others are not. Martin has been coaching girls basketball at Callaway for over a decade and is not looking forward to changing his coaching style after so many years of going about game management in a certain way. Veal sees it mainly impact his team at the end of quarters only when teams play “stall ball,” which leaves him not having a strong opinion one way or the other on whether the shot clock in high school basketball is a good idea or just a fad.

The new era of Georgia high school basketball will start in the fall of this year leaving teams that do not already have shot clocks a short window of time to install them. All three public schools – Callaway, Troup, and LaGrange – will all be using the shot clock starting in the fall. With this new era right around the corner, coaches, players and observers are in for a new age of basketball in the state of Georgia.