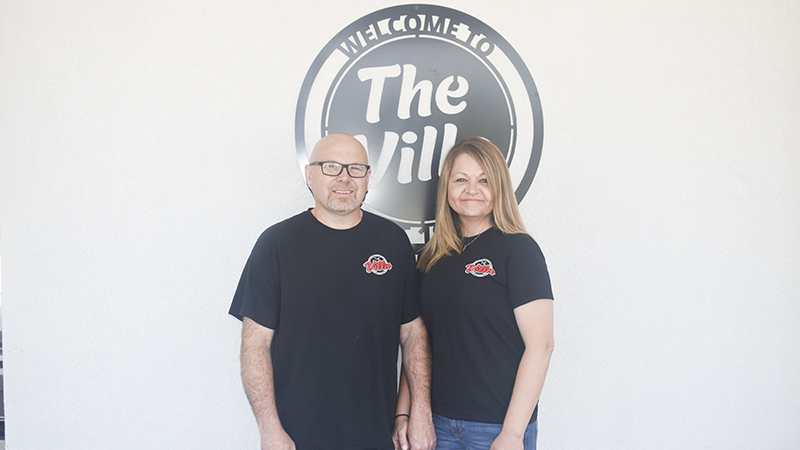 A hometown gem, Pizza Villa has been serving delicious pizza since 1968. Locally owned and operated, Pizza Villa decided to close down the doors at its old location on Lafayette Parkway for new digs in the Medical Plaza on Vernon Rd.

“There were sentimental ties to the old location. Leaving there was definitely sad, but we’re excited about this new opportunity,” said co-owner Sheree Bartlett, who owns the restaurant with her husband, Bo.

Now in a new neighborhood, Pizza Villa, now called The Villa, is excited to welcome old customers as well as new. Since hearing word about their move to Vernon Rd., there were some push back from regular customers, but most of the reception about the move has been positive.

“It was either be shut down for a while until we found something else, which we didn’t want to do, or go with what we could find, and this is what we found. But we’ve gotten a lot of good feedback from people saying, ‘Oh, you’re on my side of town now, it gives us somewhere to eat,” Bo said.

“It’s nice to hear that because there are a lot more people that are more positive about it because we are on this side of town. We have been hearing that more than any anything.”

Along with the move, The Villa has decided to make a few changes. One change is that they would like to be open for lunch.

“We’ve always talked about opening for lunch,” Bo said. “We’re not doing it yet, but it’s a good opportunity. There’s a good lunch business on this side of town because of Industrial and Medical Park. We hope once we can find staff we can open for lunch on the side of town as well.”

As things change, one thing The Villa hopes stays the same is its view on family and community. The Bartletts are big supporters of the community and often will donate food to local schools and those in need.

“We’re always able give back to the community through Pizza Villa and that’s just huge for us to continue that,” Sheree said.