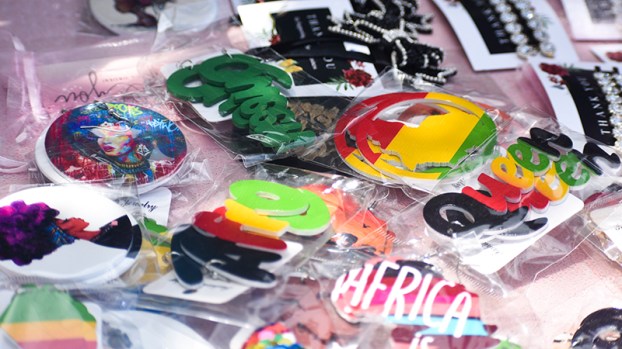 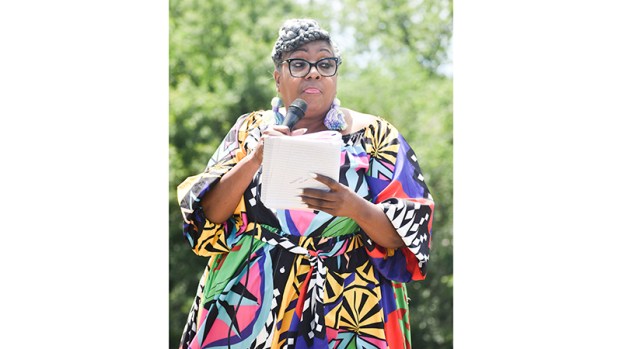 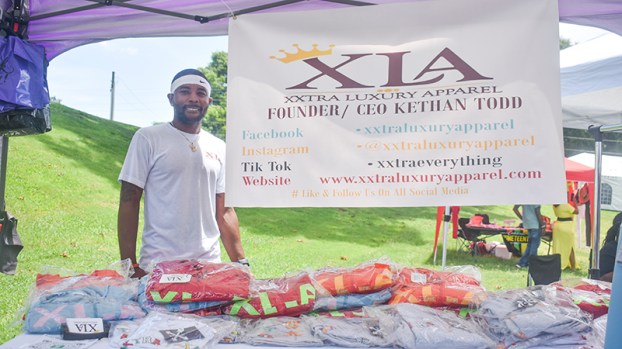 Kethan Todd, founder of XXtra Luxury Apparel was one of the Juneteeth Celebration's vendors. 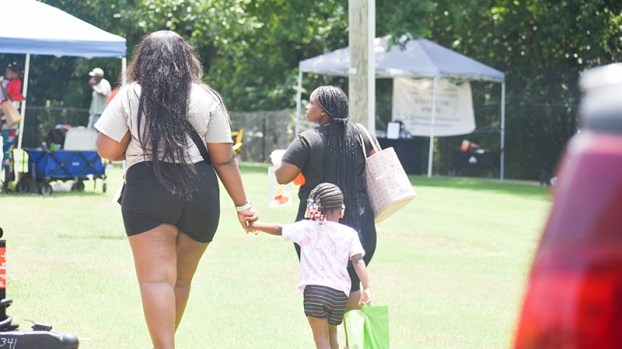 A woman and child explore the many vendors who attended the celebration event. 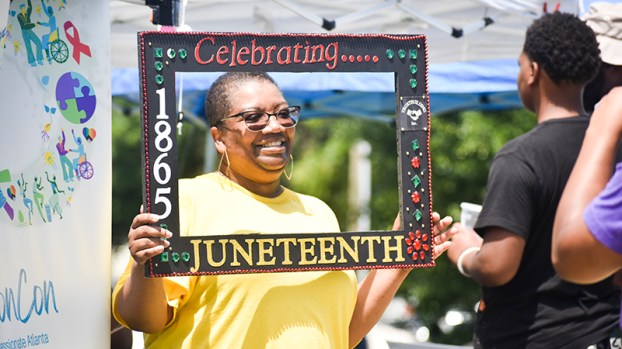 A woman takes a selfie with a Juneteenth cutout. 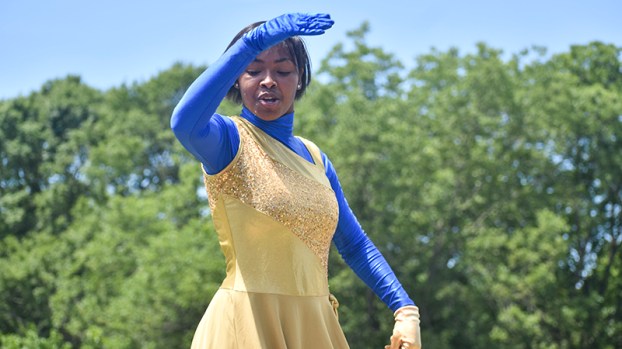 Tay Herrell performs a musical interlude at the 2022 Juneteenth Celebration.

On July 4, 1776, the United States gained its freedom from British rule and a new country was born. However, this freedom only applied to some. For the countless number of enslaved African Americans, freedom wouldn’t come for another 87 years in the form of the Emancipation Proclamation in 1863.

And even then, word spread slowly. It wasn’t until June 19, 1865, that the Union Army reached Galveston, Texas to announce the Emancipation Proclamation, freeing the last remaining slaves in the United States.

On Saturday, the LaGrange community celebrated Juneteenth, which was recognized as a national holiday last year.

“There is still work to be done,” noted Dr. Jimmy McCamey, Troup County’s only Black commissioner, who gave the opening speech at LaGrange’s Juneteenth celebration Saturday.

Last year, the Juneteenth celebration in LaGrange was nearly rained out as inclement weather deterred guests and vendors. On Saturday, the celebration fell on a bright, warm day that welcomed hundreds to Calumet Park. The event featured dozens of vendors and scattered performances of poetry, song and dance.

Juneteenth has been celebrated by the African American community since 1866, according to information provided during the celebration. Celebrations related to the day were held in church-centered community gatherings. In 1867, the Freedman’s Bureau — a government agency established to aid newly-liberated slaves — organized the first large-scale Juneteenth commemoration.

Today, the day has its own flag and color scheme — black, red green and yellow — and exists not only as a celebration and reflection, but as a reminder of modern struggles and accomplishments the African American continues to strive for.

“Despite the struggles Black people dealt with during slavery, Black people continue to rise,” McCamey said. “We must stop the internal violence and redirect our energy to collectivism within our communities. We have seen the growth and development in America. We can do this, and we can continue to work together.”

For those present at the celebration, the idea of Juneteeth contains several deeper, emotional meanings.

“It means there is an ongoing discussion on racial inequality,” said Inez Patterson, who was representing Black Woman in Action Inc. and Allies, an organization that assists African American women with forming their own businesses.

“It’s just a starting point. I don’t think [racism] will ever be resolved because it’s a mindset, it’s in their hearts. But the younger generation will be able to make some kind of impact.”