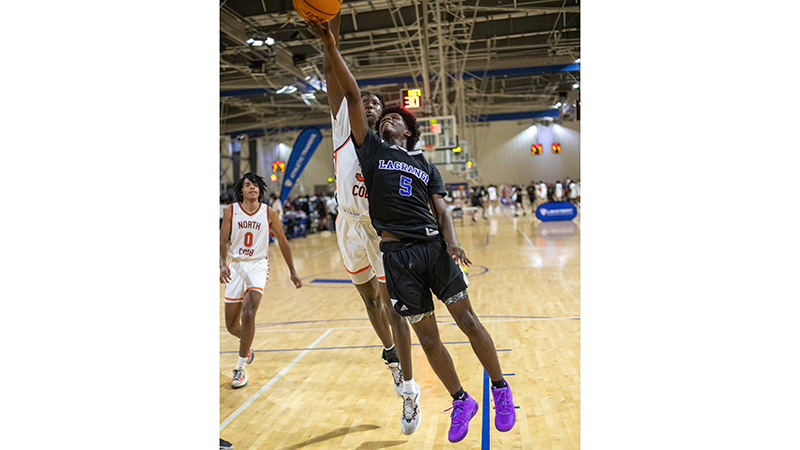 The LaGrange boys basketball team played four games in 20 hours this past weekend as the team attended the Georgia Basketball Coaches Association live team camp. The team continues to grind through a tough offseason to get the team prepared for the 2022-23 season.

The team traveled up to Atlanta to get some valuable summer experience, especially considering the team will be looking to replace four quality players that graduated in May.

The Grangers went 2-2 at the summer camp with wins over Social Circle and Stephenson and losses to North Cobb and Darlington.

“There was one team that had two 6’11 kids. It’s different up there,” head coach Mark Veal said. “There were some of the best teams in Georgia there.”

LaGrange got to test their mettle against top teams in the state like Social Circle, who only lost one game last season – a four-point loss in the state semifinals. While North Cobb did not make the playoff last season, it is a massive 7-A school located in a talent rich area in Cobb County (Kennesaw).

One of the keys for the Grangers will be replacing Jakobe Jones, who started at point guard for four years before graduating last month. BJ Wortham is looking to fill the shoes as the starting point guard and has impressed Veal so far with his play in the summer.

The camp was full of off top talent which brought the attention of colleges from across the United States. Tulane, Georgia, Air Force, Georgia Tech, Harved, Xavier, Georgia State and the University of Alabama-Birmingham were represented by coaches and/or scouts among a plethora of other colleges.