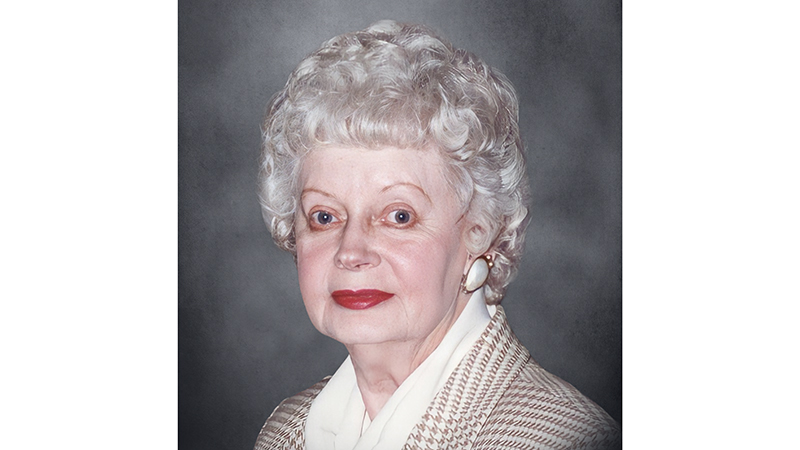 Martha Grace Morris Estes, 93, of Forest City died Sunday, June 19, 2022, at her residence. She was born on Feb. 12, 1929, in Forest City, North Carolina and was the daughter of the late Clarence Morris, Sr., and Grace Watkins Morris.

Growing up in Forest City, Martha Grace graduated from Cool Springs High School and was a member of the First United Methodist Church during her youth.

In 1956 she married Max C. Estes in a ceremony at the First United Methodist Church in Forest City. They settled in Tallahassee, Florida where Max pursued his Ph.D in speech and drama. He preceded her in death in 1986.

Martha Grace served as Assistant Professor of Music at LaGrange College from 1982 until 1991. Her involvement with LaGrange College began in 1962 when her husband started his career there as Professor of Speech and Drama. She taught music survey, initiated a choral program, taught piano and was musical director for over thirty musicals that her husband directed. Dr. Estes founded a summer theater program at Callaway Gardens in 1966 and she was musical director from that time through 1991. For twenty-three years she was an organist at the Ida Cason Callaway Chapel at Callaway Gardens.

She took requests from guests that often included “Amazing Grace,” “In the Garden,” and “How Great Thou Art.” Additionally, she was involved with several local church music programs in LaGrange and played for numerous weddings there.

While in LaGrange, Martha Grace was a member of the First Presbyterian Church and served as a substitute organist and interim choir director. She had also served as organist at St. Peter’s Catholic Church.

Following her retirement from LaGrange College, she returned to Forest City in 1995 where she was active in many church and civic activities. She again rejoined the First United Methodist Church where she was a member of the Asbury Sunday School Class, Choir, Handbell Choir, and was substitute organist and early worship organist. She served on the Worship Committee and participated in the Senior travel group. Martha Grace was very devoted to her church home, and she forged meaningful friendships there.

In addition to her parents and husband, she was preceded in death by her brother, Clarence L. “Bud” Morris, Jr.

Survivors include her son, Morris Estes and his wife, Jennifer and her grandchildren, Julia Estes, and Ashlee Estes all of Milton, Georgia.

The funeral service will be at eleven o’clock on Saturday, June 25, 2022, at the First United Methodist Church of Forest City with the Reverend J. Curtis Goforth, Reverend Kristin Holmstrom, and Reverend Wesley Judy officiating.  Interment will follow in the Cool Springs Cemetery. The family will receive friends from 9:30 until 10:45 on Saturday morning at The Padgett and King Mortuary.

A livestream of the funeral service may be found at the following link on Saturday: comhttps://www.youtube.com/watch?v=4vo7mf_h9D0.

The Padgett and King Mortuary is in charge of arrangements and an online guest registry is available at www.padgettking.com.