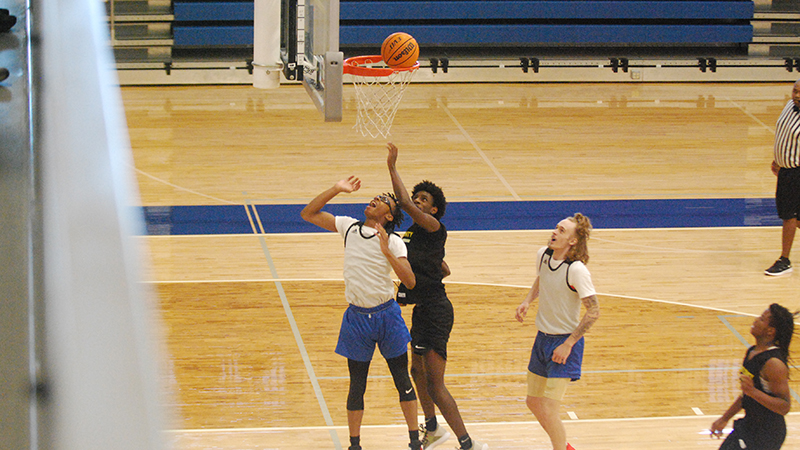 The LaGrange boys basketball team kept up the offseason grind Tuesday as the team played three games in the span of six hours.

The Grangers flexed their might as they beat McIntosh, Harris County and Northgate all in the span of a single afternoon. LaGrange hosted these three teams among others as teams from all around the area flocked to take advantage of the facilities in LaGrange as well as the talent being on display.

The teams dueled it out even when the Grangers were not on the floor. In one game, Upson-Lee looked extremely impressive in its win over Harris County in particular.

One of the major pluses of having a state of the art facility like the Grangers’ gym is the ability to host camps like this. This is a major benefit for the community — away teams come to town to spend money — and a benefit for the LaGrange team — the Grangers get valuable summer game experience against quality teams on their home court.

Once again college coaches were in attendance to see the Grangers play, including LaGrange College’s own Kendal Wallace.

The Grangers will host another trio of games on Wednesday as the summer season begins to reach its conclusion.

Daniel Martin takes his talents from Troup County to…