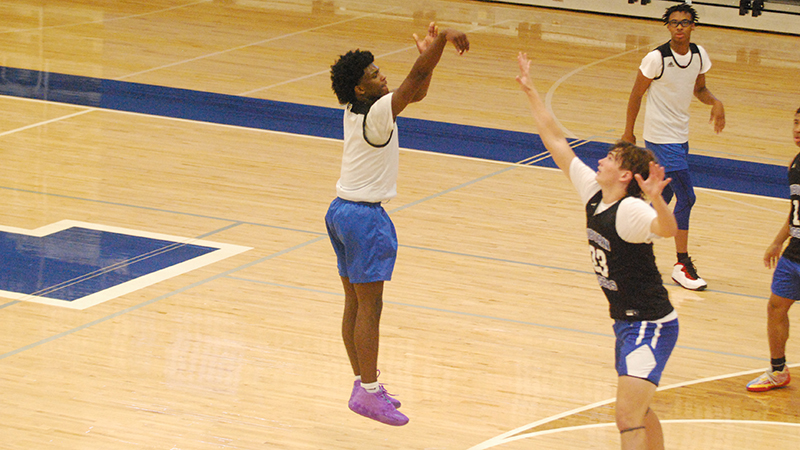 The LaGrange boys basketball team was back at it again on Wednesday as they played the three games in the span of eight hours after playing three games on Tuesday.

After waltzing to three wins in Tuesday’s games, the Grangers had a much tougher task on Wednesday as they played Valdosta, Auburn and Upson-Lee. The Grangers suffered two hard fought losses in the first two games before earning a big 67-56 win over Upson-Lee in the last game of the day.

Once again the LaGrange hosted teams from across the state as the new(ish) state of the art facilities allow the school to host events like this. The games were ultra competitive as players did not back down with more than a few games getting chippy.

LaGrange will head on the road next week as the team will play games on Tuesday and Wednesday.