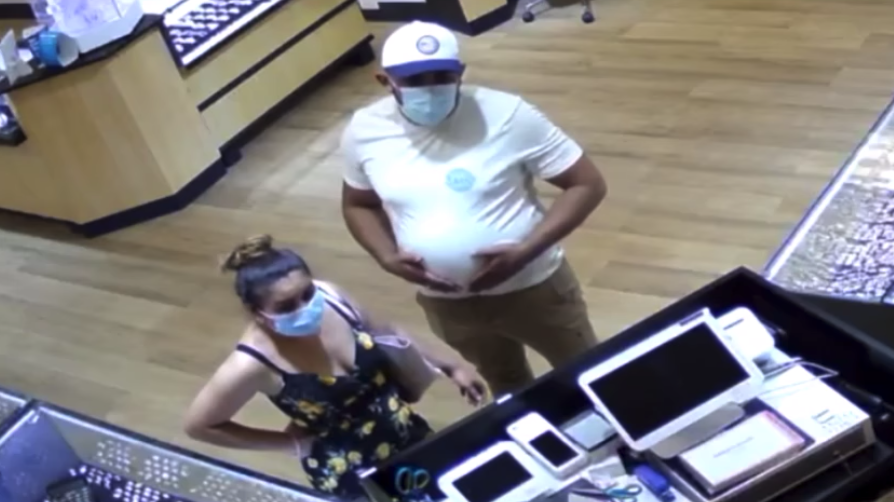 On June 18, 2022, two subjects entered The Treasure Box (at the LaGrange Mall) and stole over $20,000 worth of jewelry by distracting the clerks and dropping the items into a purse. Detective Spivey with the LaGrange Police Department is working this case and is asking for help in identifying the subjects that are involved in this theft. According to LPD, two males were also seen exiting the same vehicle they arrived in and picking them up in this vehicle when they left the store.

The LaGrange Police Department is investigating a case of jewelry theft at the LaGrange Mall’s Treasure Box and is seeking public assistance to help identify four possible suspects.

According to a video on the LaGrange Police Department’s Facebook page, which includes video surveillance of the incident, two unidentified suspects allegedly stole over $20,000 worth of jewelry at the Treasure Box.

The video states the suspects paid for several items and stole the merchandise by distracting the store clerks and periodically dropping the jewelry into a purse. Two male suspects were also seen exiting the same vehicle the suspects arrived in and picking them up in this vehicle when they left the store.  The vehicle, a 2020-2022 Ford Explorer, is believed to be stone gray in color and last seen traveling down Lafayette Parkway.