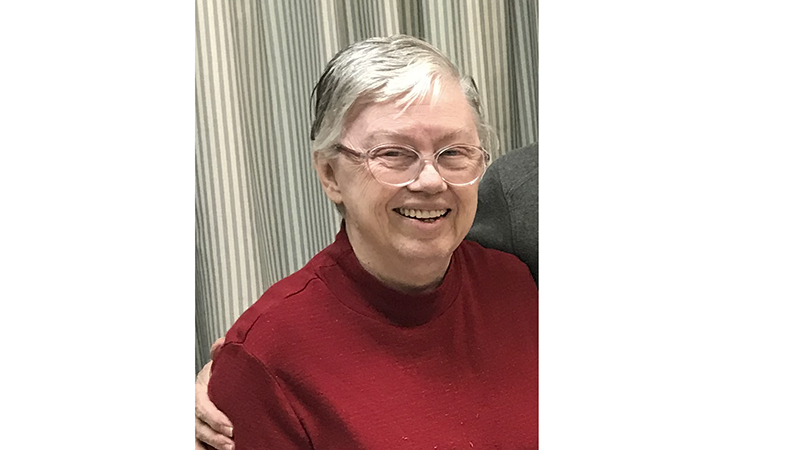 Lynda Susan Arrington Eller, 75, a resident of Lanett, Alabama, passed away Thursday, June 2, 2022, peacefully in Columbus Hospice from a stroke. She was born Jan. 8, 1947, in West Point, Georgia, to the late Edward Lee Arrington (E.L.) and Lynda Claire Bradfield Arrington of Lanett, Alabama.

As a young teenager she got interested in horses from her father and uncle (Roy Lee Arrington) who had Palomino horses in LaGrange, Georgia. Her interest grew from riding to showing them along with her cousin. In 1959, she acquired her own horse, Surf’s Golden Suntan, a one-year-old Palomino colt which she trained and exhibited for almost three years in west Georgia and east Alabama local and regional horse shows from Columbus, Georgia to Wedowee Alabama. She and ‘Salty’ (as Surf’s was known) placed in almost all classes (including halter, parade, Palomino and western) they entered and took many first-place trophies.

She graduated from Lanett High School in 1965. Following graduation, she was employed by F.W. Woolworth in West Point.

She met her future husband by listening to her father’s police CB radio. When ask why she chose him, she replied that he sounded more interesting than the local boys, he was from out of town. They were married Aug. 7, 1966, in the First Baptist Church, Lanett. Due to her husband’s employment, she traveled in all 50 states up to 1977 and lived in 42 states. During these years she found consistent employment in the retail industry.

Upon retirement they returned to Lanett and opened a print shop and publishing house. She found employment with Walmart in the Valley and worked there in many capacities until she retired April 2008 after 25 years of valued service as a Walmart Associate.

Growing up, her grandmother, Hettie Bennett Arrington, lived with the family and told Lynda many true tales of growing up in Heard County. Lynda’s interest was renewed when she found her grandfather’s old black lunch pail while cleaning the attic. In it was an old land grant signed by President Zachary Taylor and addressed to the first school teacher in Cherokee County. Lynda’s interest blossomed in 1976 while living in Virginia. She frequented the Library of Congress and other major and minor libraries in Virginia.

Once retired she was further inspired by construction of a family tree to visit the family origin’s locations and cemeteries in Heard County, and the Georgia State Archives. Taking her husband’s suggestion that she utilize her research and organizational skills and abilities to preserve local family histories, she put the information she collected into narrative format.

As the Heard County Georgia Historian, she created the Ancestor Files “A Meeting place of cousins.” It contained files on everyone that had appeared in the Heard County censuses from 1840 to 1900. She ask for and collected information from people across the United States about their Heard County ancestors.

This led to the compilation and publication of 10 books, including “Heard County, Georgia: A History of its People”, censuses from the 1800’s and cemeteries of local counties. During this time, she edited and published 2 editions annually of “Heard Heritage” beginning with Vol 1 May 1976 through Vol 17 November 1992; and “Randolph Pioneers” from a premier issue dated June 1981 to Vol. 8 August 1989.  She became well known as a genealogist and historian in Heard and Troup Counties, Georgia and Randolph and Chambers Counties, Alabama. As a result of her work and publications she was contacted by people throughout the United States who had a family connection to one of the four counties for genealogical and historical information. She set up a room filled from floor to ceiling with folders full of correspondence and research information in response to their inquiries. In addition, she created another room full of historical and genealogical reference books, pamphlets and publications of local Historical societies for use by visitors seeking family genealogical and historical information. She also adapted to technology, becoming involved with several internet sites specializing in genealogical data.

She was a regular member of the Chattahoochee Valley Historical Society, and a member/contributor to the Heard County Historical Society. She and her husband also attended and participated in local, state, and national printing and Genealogical/Historical conferences.

To expand her professional skills, in 1974, she earned a Certificate of Completion from Snead State Junior College for the college’s beginning course in Genealogy.

Lynda learned from her father, who was a finish carpenter at one time, math, measurement, and house plan knowledge and skills. She drew the interior of countless mobile home and house plans, including window and door locations, electrical outlets and fixtures, and built-in and furniture placements, to scale and complete with measurements to the fraction of an inch. In addition, she had an artistic flair, doing chalk drawings of women from the 1960s and 1970s and landscape features. Lynda’s interest also included animals. She cared for many cats at their compound in Huguley, some of whom adopted her. She was also passionate about the environment, collecting and making scrapbooks of good environmental practices and subscribing to nature magazines.

The Family requests that in lieu of flowers, contributions be made to the Heard County Historical Society, P.O. Box 990, Franklin, Georgia, 30217.