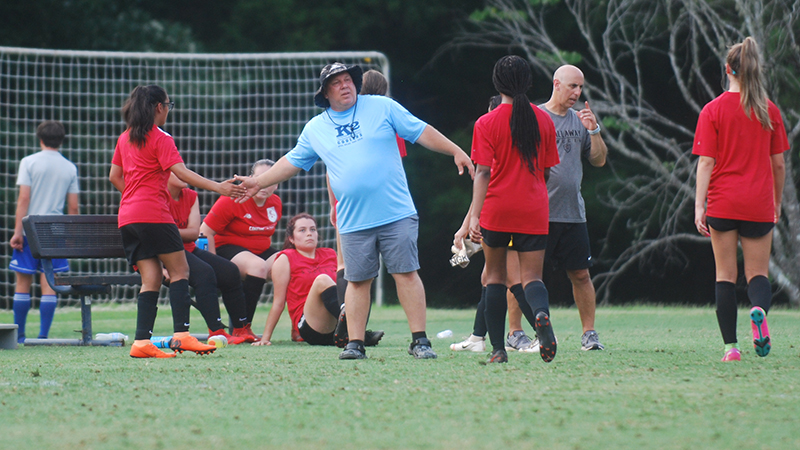 With the sun beating down on Thursday, Callaway hosted LaGrange and Trinity Christian for a series of 7v7 soccer games.

Callaway brought members of their boys and girls soccer to play. Mostly the teams consisted of younger plays still carving out roles on the team. The Callaway girls played in the Cavaliers first game where a plethora of JV girls got some valuable summer game time. The Cavaliers boys team played a tough game against LaGrange to cap the night off. Callaway got some valuable experience against teams far deeper as the AA school matched up with AAAA heavyweights.

This 7v7 summer camp has been going on at Callaway since before head coach Mike Petite arrived five years ago. After receding during COVID-19, the camp is back in full force this year. The camp will be held every Tuesday starting next week with teams from all across Georgia coming to participate including the LaGrange girls team and the Troup High teams as well.

The heat was not just coming from the sun as the teams brought a raging intensity on the pitch as well. The games consisted of two 20 minute halves on a smaller than normal field. The condensed field meant the teams had to play intricate passes and move without the ball to carve out clear cut opportunities. The players were not allowed to slide tackle, but still played with force and energy to try and impress their coaches.

After weeks away from competitive soccer for most of the players, there were some sea legs to start the early games. By the late games players were starting to get the feeling for the surrounding players and play some attractive attacking soccer.